This past Christmas I tried something new – I gave the female members of my family canned preserved lemons. 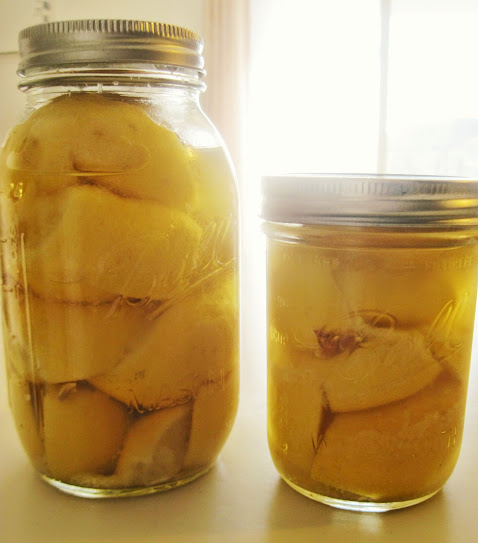 My husband thought I was nuts, for not the first or last time.

“I was really concerned when you told me you were giving people lemons,” were his exact words.

The second I saw a super easy recipe for preserved lemons I knew I had to give it a try. Lemons, salt, and some extra lemon juice if needed – that’s it.

Store in a cool, dry place for three to six days, then transfer to the refrigerator. How difficult can this possibly be.

I was excited to get started and made several right away. Then, I realized upon doing a bit more research, that some lemon preserve recipes stated you had to use a coarse salt – sea salt or kosher – not table salt, which I had been using.

I had no way of knowing how much of a difference the salt faux pas would make. The lemon preserves aren’t ready until they’ve been jarred for three weeks.

But, I decided I couldn’t risk it. I had to, from this point forward, make the preserves with only sea salt, and I would keep the table salt ones for myself.

My lemon jars looked pretty cute, I thought. I tied a ribbon around them along with a tag explaining what they were and how you could use them in recipes.

Basically, they add a strong lemon flavor to dishes without the tartness, they can be used in place of lemon zest or lemon juice in recipes, and they keep for a year in the fridge. 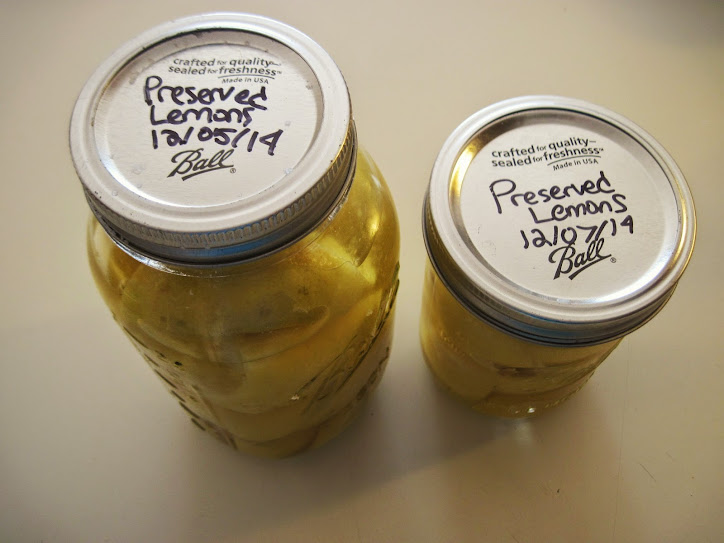 I haven’t tried it yet, but lemon preserves are also a staple ingredient in Moroccan chicken. 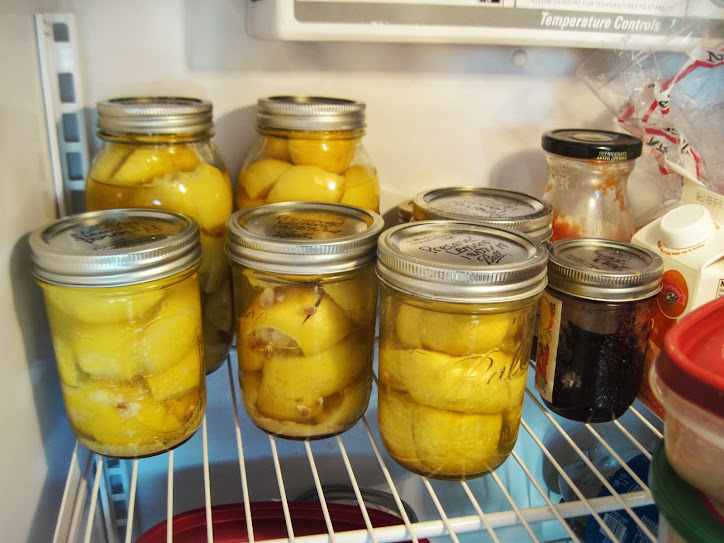 Today, I tested the experiment: does it really matter if you use table salt or sea salt with lemon preserves?

Obviously, this was not the most scientific or easiest experiment – you can’t exactly taste test lemons like you can other food items. But, I did what I could.

First, I took a look at the color of the lemons as a whole, and their zest.

The table salt lemon is on the left, the sea salt lemon on the right. As we can see, the left lemon has just a hair more of a solid yellow color than the right one. 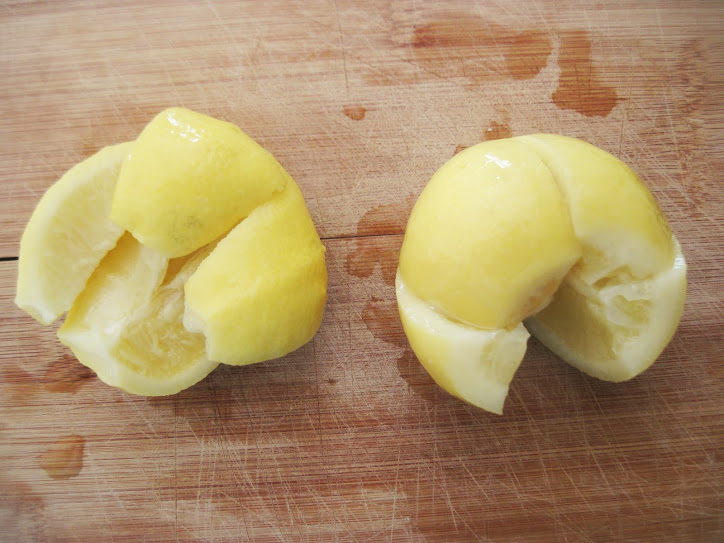 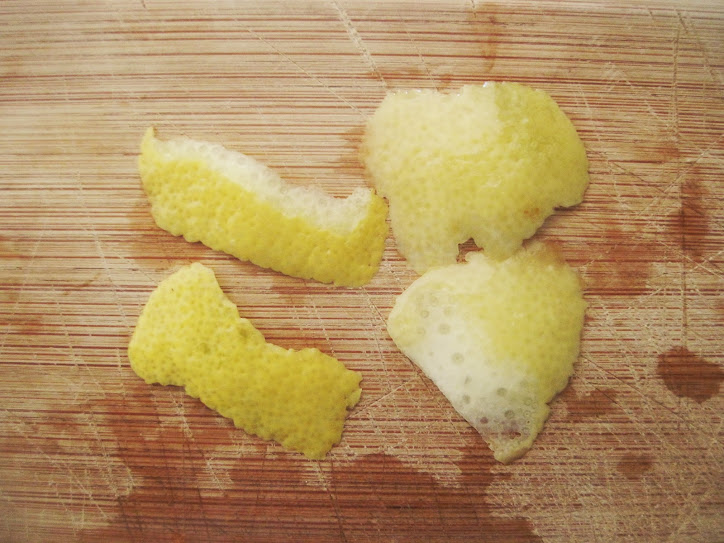 It should be mentioned I was more generous with adding extra lemon juice to the later jars of preserves (the sea salt ones), to make the jars look more full, which may have affected the color as well – I could see how the extra juice might cloud the coloring.

Next, I taste tested the lemon juice which was…well, it wasn’t awesome, putting straight lemon juice in your mouth. 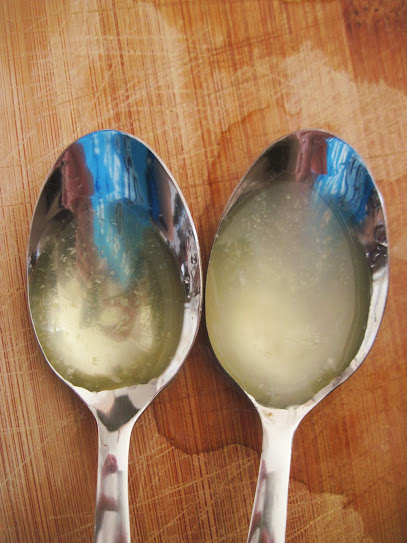 It should be mentioned, with lemon preserves the pulp is not generally meant to be used – just the juice and zest. If you do use the pulp, be sure to rinse thoroughly so they’re not too salty; the pulp soaks up most of the salt.

While I’m at it, one more side note: Although these are jarred using traditional canning jars, technically, this is not a canned food. Canned lemon preserves are not sealed shut as say canned tomatoes would be, and they do need to be refrigerated, unlike real canned food.

What the experts say:

Those who have blogged about preserved lemons seem to agree that kosher or sea salt is best, but only because those types of salts are preferred over table salt, in general.

So, I didn’t really have to redo all my preserved lemons, after all.