See part one of this game night with the chicken competition here. 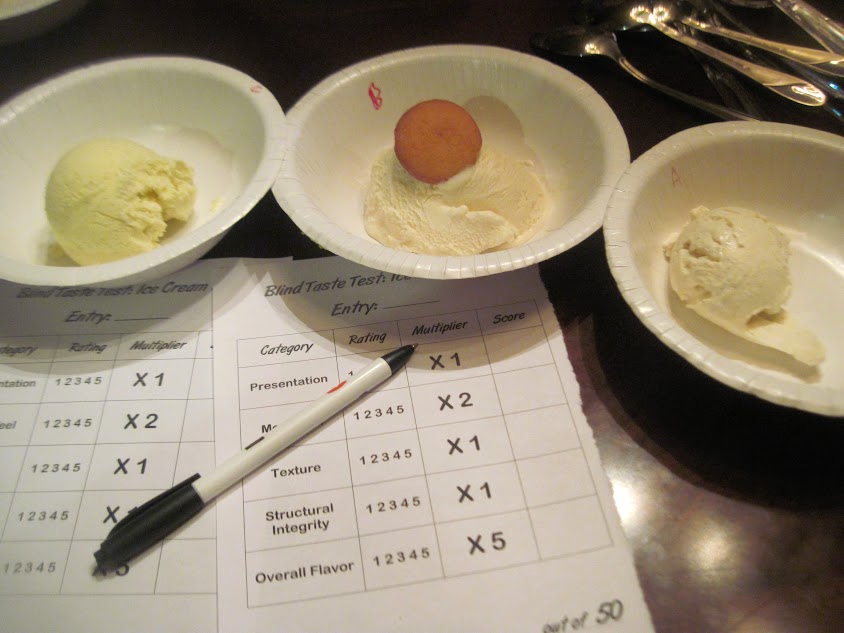 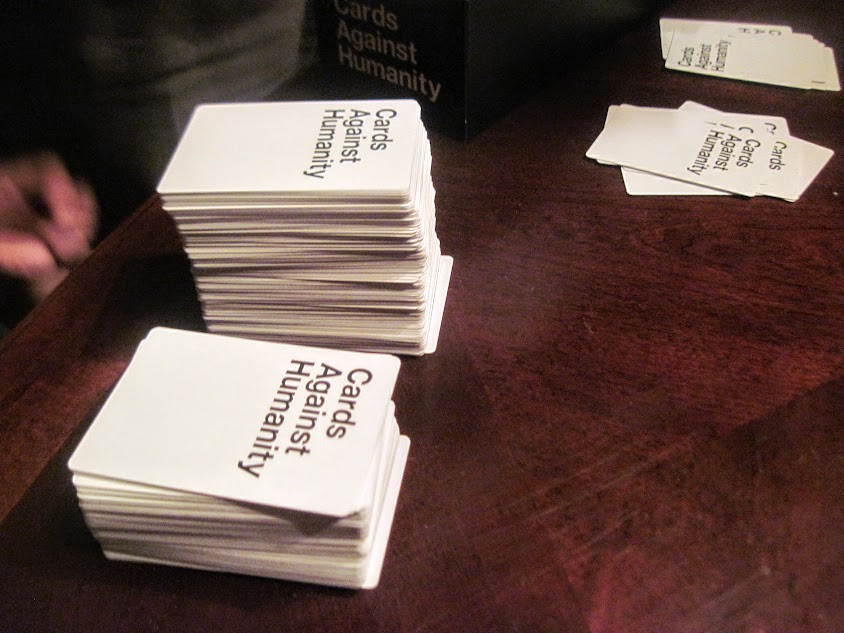 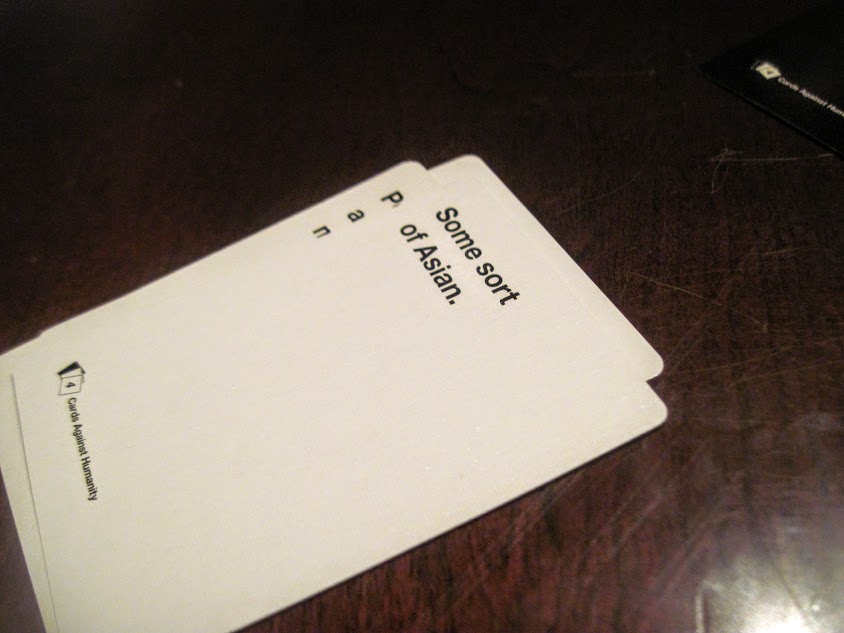 Up first, the vanilla.

Final score out of 400 points: 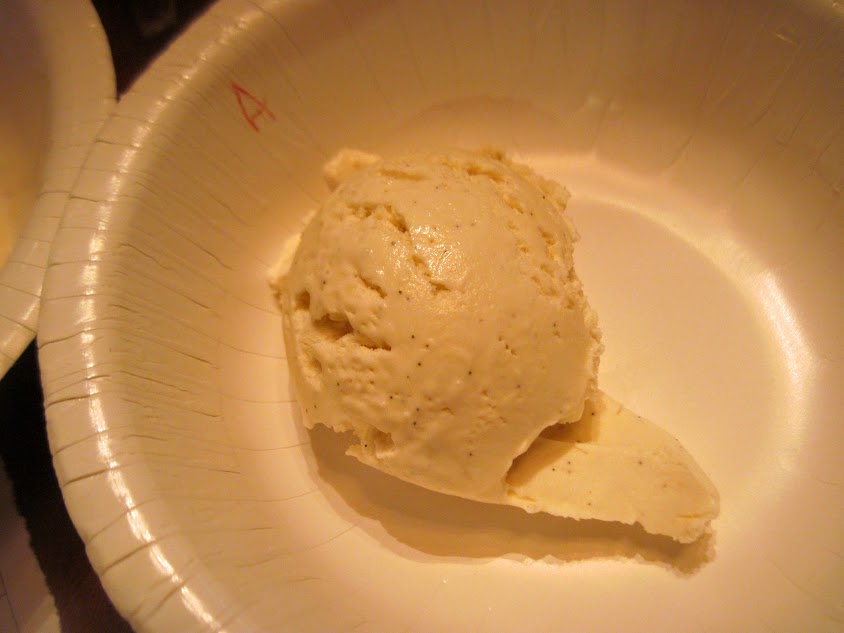 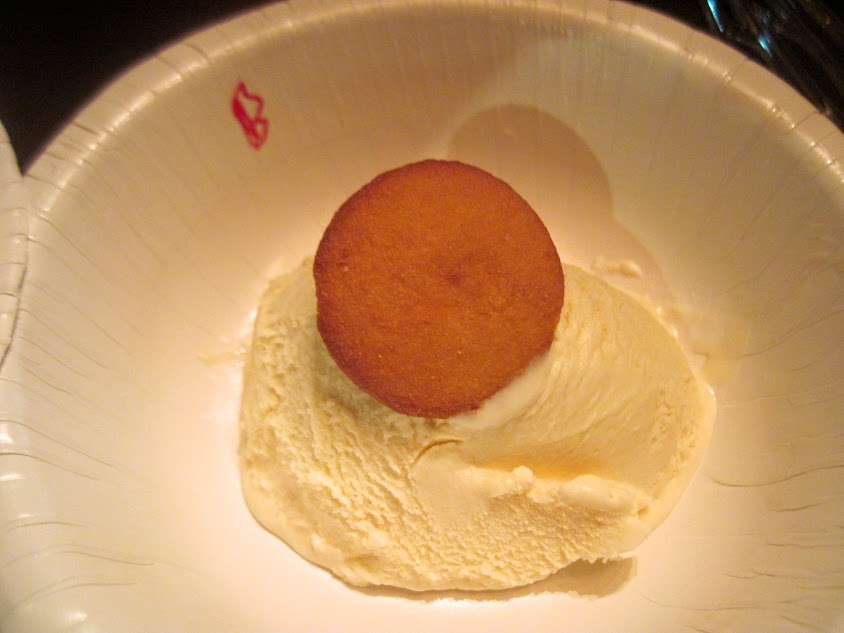 For me, I liked all of them. Presentation-wise I loved the vanilla beans with Tara’s, but flavor-wise I liked Brian’s the best. I don’t know why, because I’m not actually a big eggnog fan. For me, it just seemed to have a buttery feel to it that added something extra without being overpowering.

“I just whipped the cream, added some vanilla extract, some vanilla bean paste, and seeds from the one giant vanilla bean – seriously it was twice the size of the others in the package – to sweetened condensed milk and folded it together.”

“I made homemade vanilla with vanilla sticks, 2 cups heavy cream, 1 can sweetened condensed milk. I whipped until it had waves and froze for 24 hours.”

“Mine was custard based – 1 cup heavy cream, 2 cups half and half, 3/4 cup sugar, 6 egg yolks, homemade vanilla extracted in 40% vodka, along with the vanilla beans. I made the custard, chilled overnight, then churned int he ice cream maker.”

Next up – the flavored ice cream!

*We had one less judge for this one. 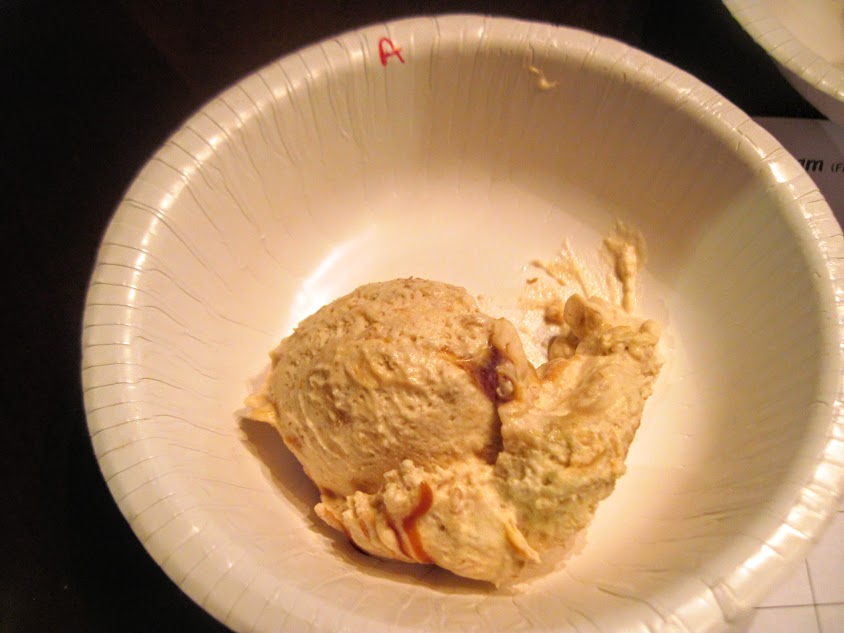 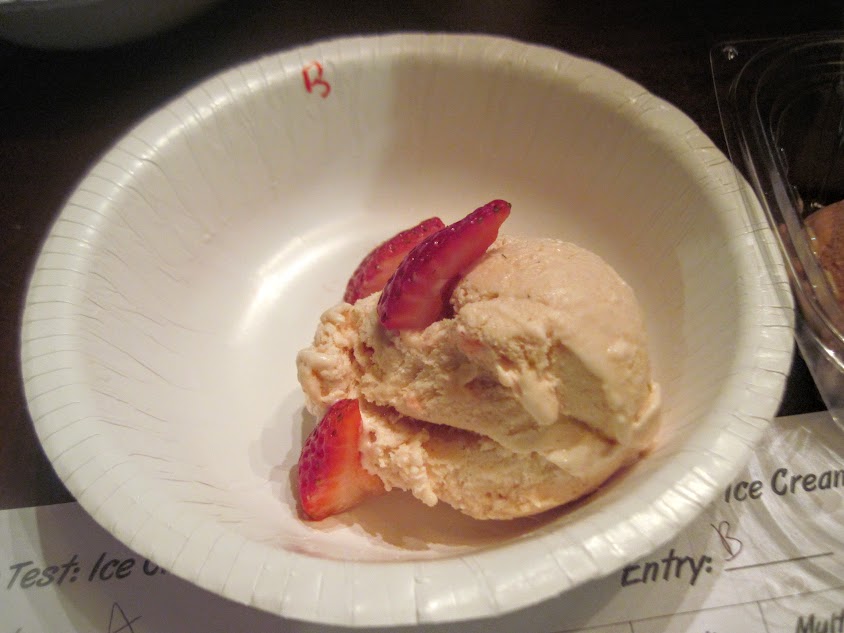 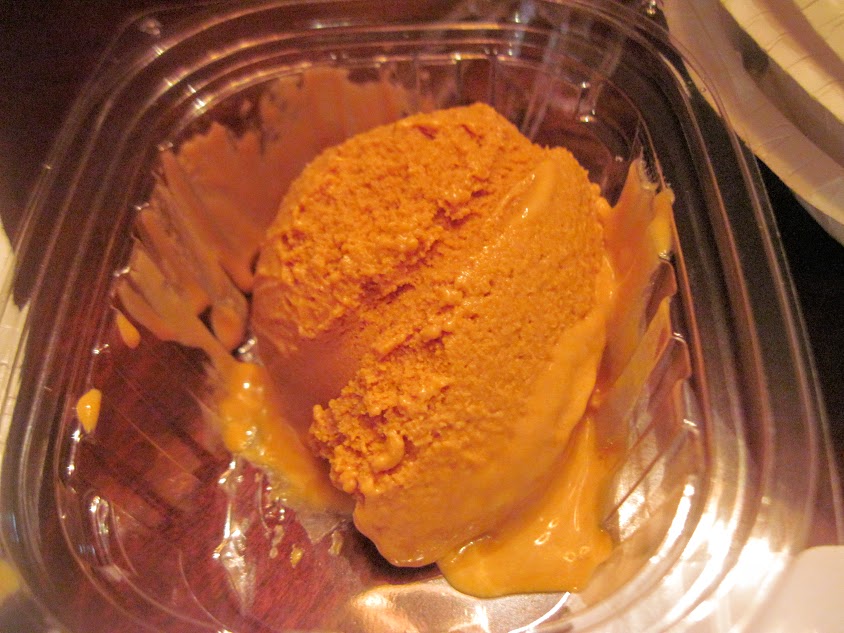 Me? I didn’t really like any of them. Ha! I’m a tough crowd dessert-wise. I liked the vanillas, but these were too much. Tara’s and Kristi’s were both way too sweet for me. Brian’s wasn’t bad, but I thought it wasn’t strawberry-y enough. I agree with the one judge that Kristi’s had the best texture. 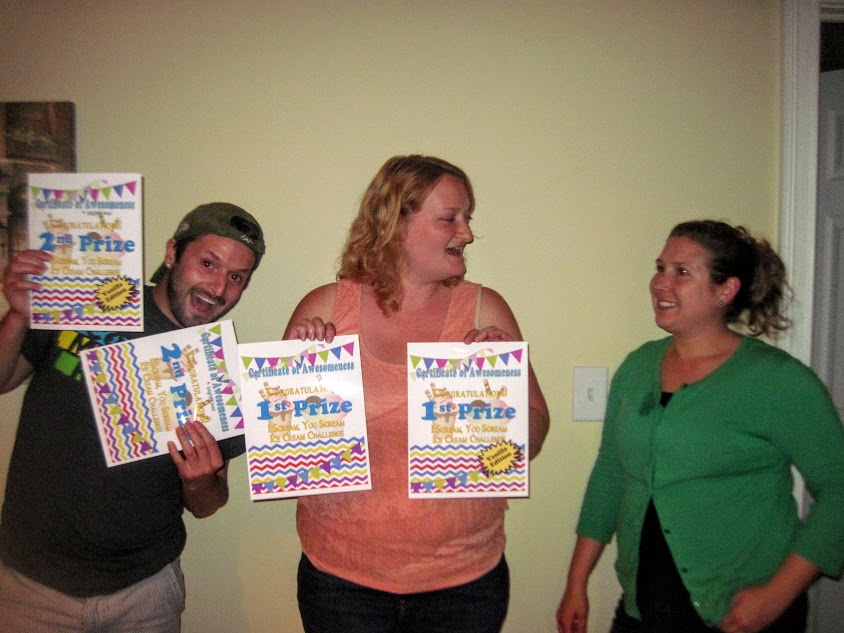 Tara’s ice cream comes from PickyPalate.com, and she added a bananas foster touch with butter, brown sugar, bananas, and a bit of rum extract.

Brian’s ice cream consisted of 2 cups whipping cream, 1 cup sweetened condensed milk, 1 mango, and 20 large strawberries. Like the vanilla, he whipped until it had waves, and froze for 24 hours.

Kristi’s ice cream included caramel with sugar and a bit of water and flake salt added. As with the vanilla, she chilled overnight and churned in the ice cream maker.

Up next game night: There are rumors of a breakfast sandwich!