We played games. We ate sandwiches. We drank alcoholic beverages.

And by God, we had cake. 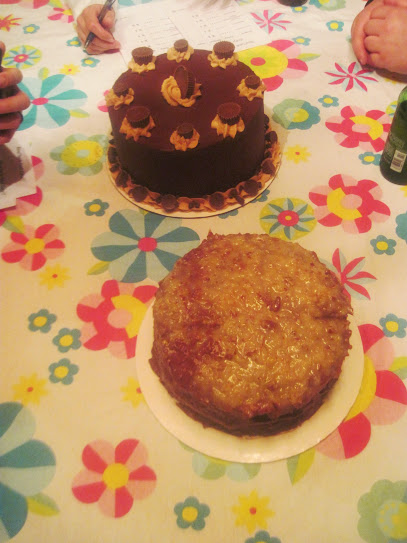 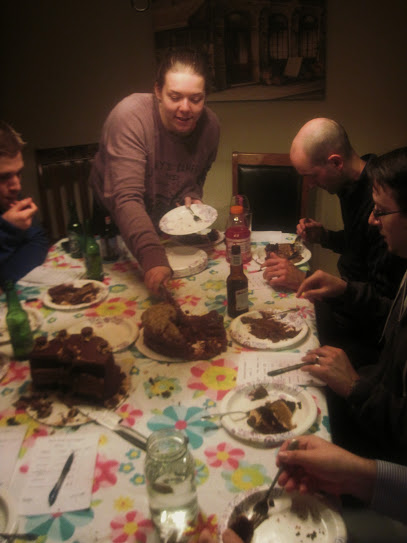 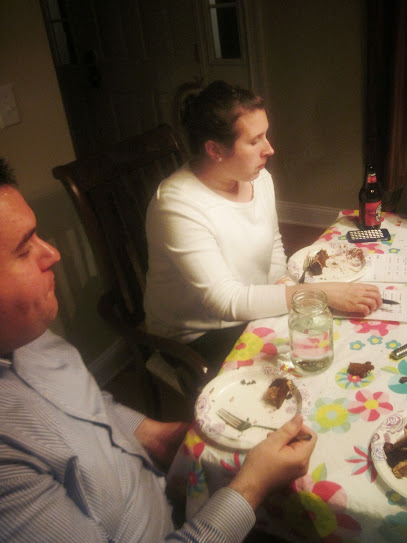 Final score out of 350 points: 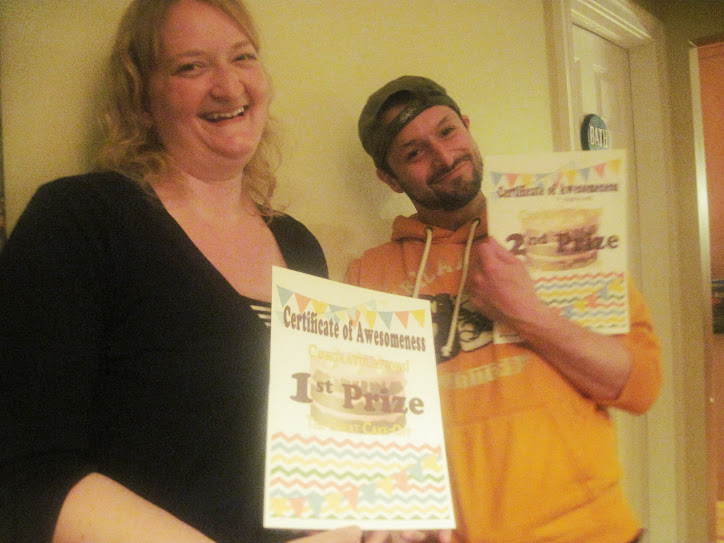 (Note: Usually the score is out of 200 points, but we had more judges this time.)

Brian’s cake – he did not give me a website recipe or instructions, but I do have every single ingredient – like Tara’s, there was a lot. And this is why baking intimidates me.

Comments from the judges:

Personally, I found both the cake to frosting/topping ratio and the moistness factor to be equally awesome for both cakes. 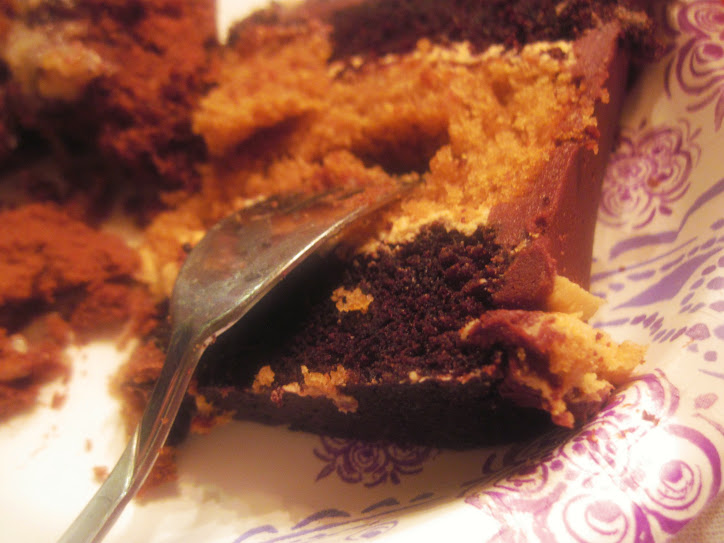 Things to take into consideration:

Brian has been working 60+ hour weeks. He made this cake at 10PM the night before, and the frosting the next day. He admitted he rushed, had an issue with the coconut topping not staying in place, and he over-whipped the frosting.

Tara is a stay-at-home mom. She has a two-year-old and a four-year-old crawling all over her while she is baking. On this particular occasion, the cake competition fell in line with her daughter’s fourth birthday, and she had to bake cupcakes – in addition to the cake for us – for her daughter to bring into daycare to share with the whole class.

Was this difficult and time consuming? Undoubtedly.

However, she was home all day with the ability to manage her time much better than Brian was probably able to do.

Finally, had presentation not been factored in, Brian would have lost by only one point.

Unfortunately for him, presentation counted for 20% in this contest (sometimes it’s 10).

Tara has declared that it’s “too exhausting” for her to both host game night – providing the food for the crowd, keeping the kids under control – and compete in the food battles, and thus, she is stepping back from her crown for the time being.

Read: Tara knows my earlier prediction is true. Game Night Food Competitions would have turned into The Tara Show, because no one will ever beat her, ever. So she has graciously stepped aside to allow others into the limelight, under the subtle misdirection of being “exhausted.”

Up next Game Night: Peggy Hodges goes up against Kristi LaMonica for the best coleslaw.