Whatever you call it, it’s the battle for the best macaroni and cheese.

My macaroni and cheese: 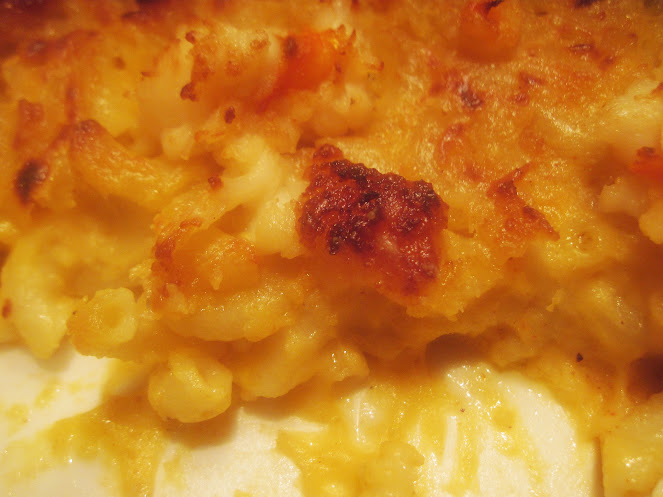 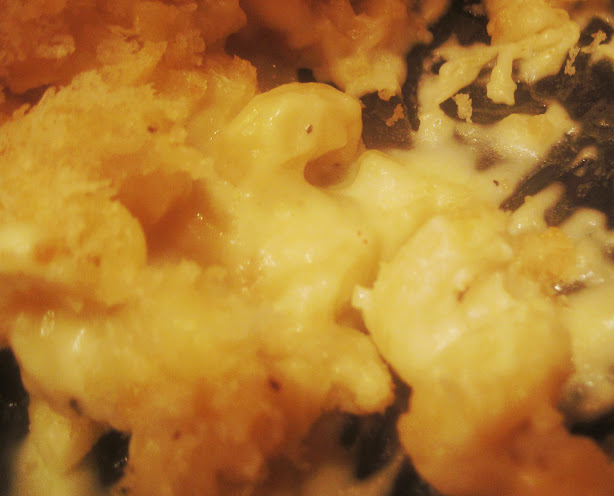 Final Score out of 200 Points:

I found mine on SteamyKitchen.com.

Here was my thought process on the recipe selection: I have two go-to mac and cheese recipes. One of them is adapted from Country Crock Butter; the other is a tomato mac and cheese.

I decided to do neither.

I knew I really had to bring out the big guns on this one. Why? Because Tara is the best cook I know. If I didn’t beat her here, it would start a chain of no one being able to beat Tara. Game Night Competitions would turn into Game Night, AKA The Tara Show.

I did a trial run the Saturday before for people who, incidentally, don’t like lobster, so I simply omitted that part for them (it goes on top so it’s easy to do so). I followed the recipe to a tee.

One thing I did struggle with – in the end, tossing the lobster chunks with the melted butter, panko breadcrumbs, and Parmesan cheese – the cheese and breadcrumbs clumped together instead of sticking to lobster. Something to look into.

Like me, she did a trial run beforehand; the first time, she followed it exactly, but didn’t like it. She made her own adjustments and it came out perfectly. 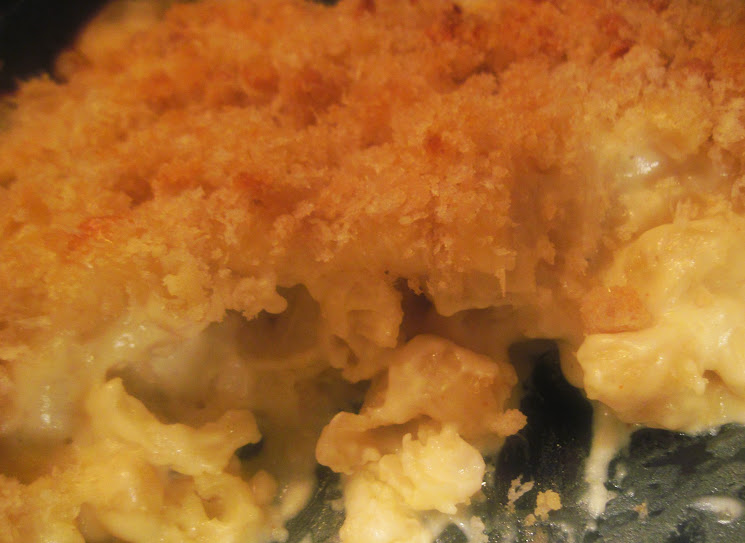 The judges indicated that while they liked the smoky flavor of mine a lot, they loved Tara’s creamy texture – she also got more points for a better pasta to cheese ratio.

When it came down to it, the more traditional recipe once again persevered – Tara’s creamy, gooey, comfort food dish what people are really looking for in a macaroni and cheese.

I’d also like to take note of the pasta shapes: I used elbow, and Tara used cavatappi. I’m not a fan of the latter, but many people feel the shape really holds the cheese in there. Tiny shell pasta is my go-to for macaroni and cheese, but I used elbow here because I chose not to deviate from the recipe in any way. Perhaps I should consider alternative shapes next time.

So, am I right about Tara’s reign as champion? Will the food competition turn into The Tara Show?

Up next Game Night: Reigning Champion Tara Nudi goes up against Challenger Brian Senesac for the best cake.

My first thought here was: crap. Tara’s cakes are beyond perfection.

However! Our challenger comes from a baking family and has his own solid cake-making background. It will be an interesting battle indeed!