The husband likes a rich, hearty pasta sauce, not too watery. So I gave this one a try, adapted from my new Step by Step Cookbook.

Confession: Every single time I post a recipe I’ve tried without the first picture being that of the ingredients, it’s because I inevitably forget to include an ingredient in the picture. Which is every darn time, it seems like.

*You can use finely chopped celery instead.

**You can also use ground beef, pork, or a combination therein.

***I accidentally put in too much cinnamon. To counteract that, I added some lemon juice and additional tomatoes, and that seemed to do the trick nicely. Also, you could use nutmeg instead of cinnamon. 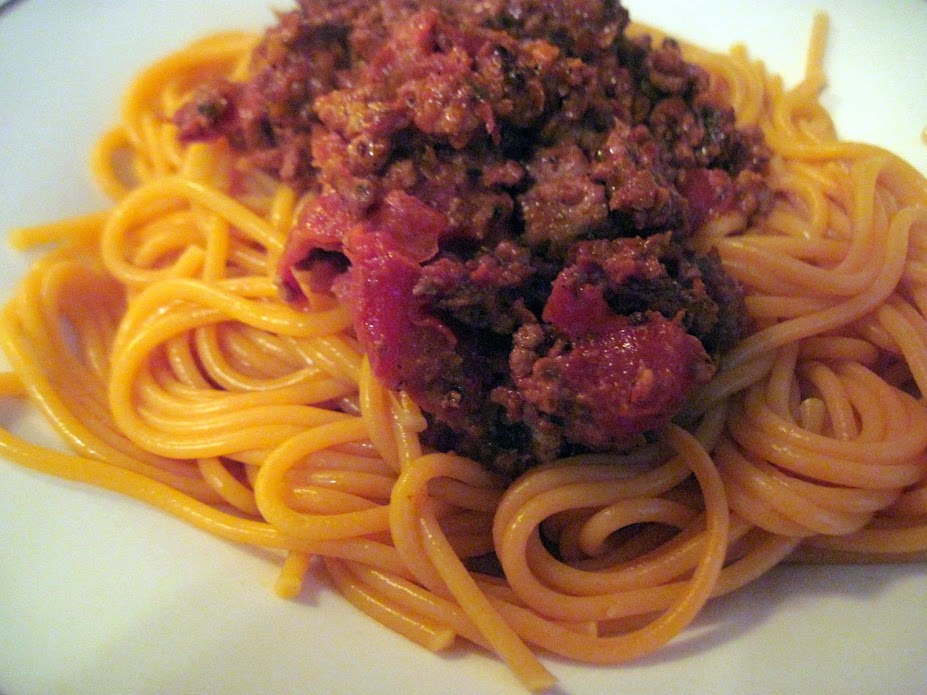 In a Dutch oven, (we just received one for a wedding present!), heat olive oil over medium-high heat. Add onions and carrots, followed by the celery seeds. Cook, stirring occasionally, for 5 to 10 minutes, or until tender. 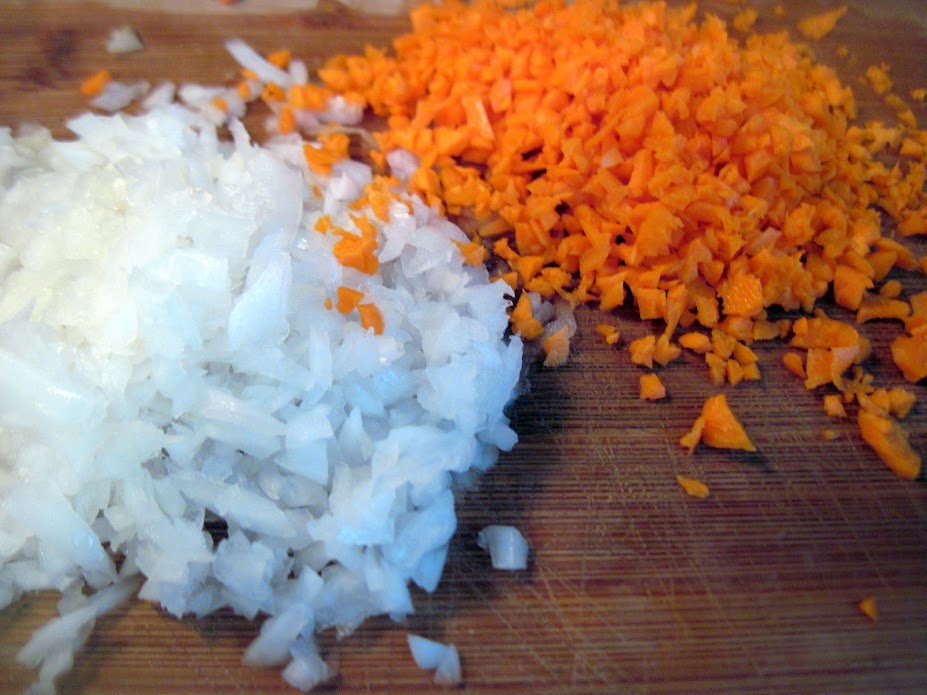 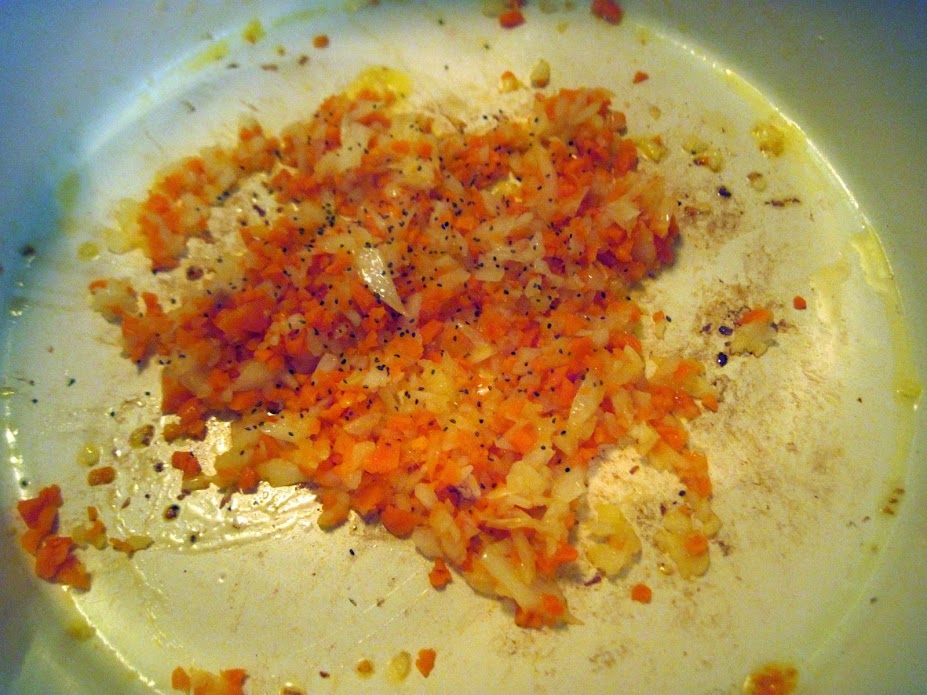 Meanwhile, you can start cooking the spaghetti according to package directions.

Add ground veal to the vegetables and continue to cook and saute, until the meat is no longer pink. 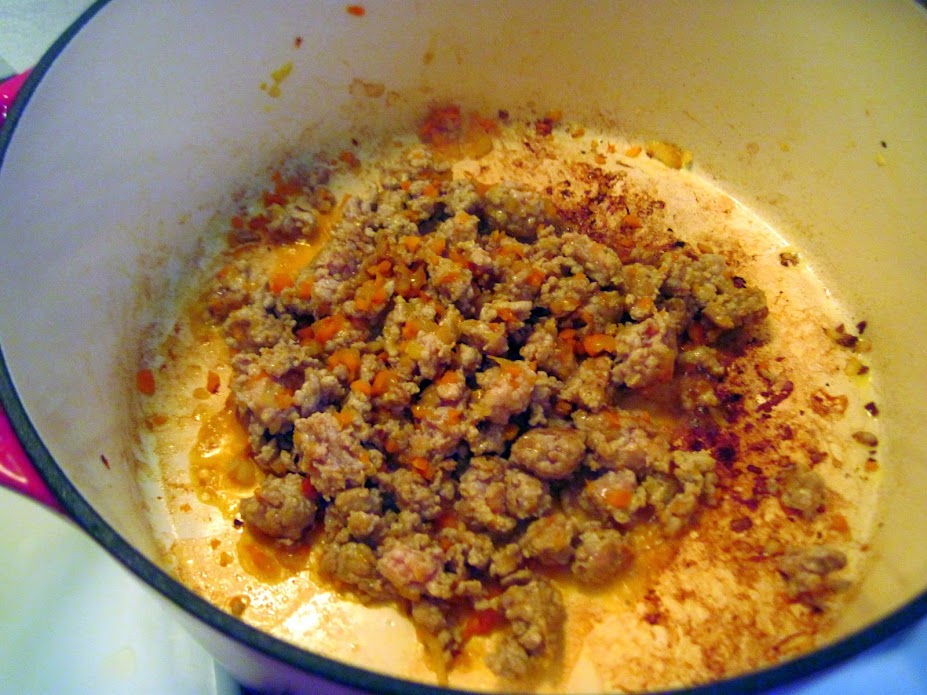 Stir the red wine into the mixture, and bring to a boil. Add tomatoes, their juice, salt, pepper, and cinnamon. 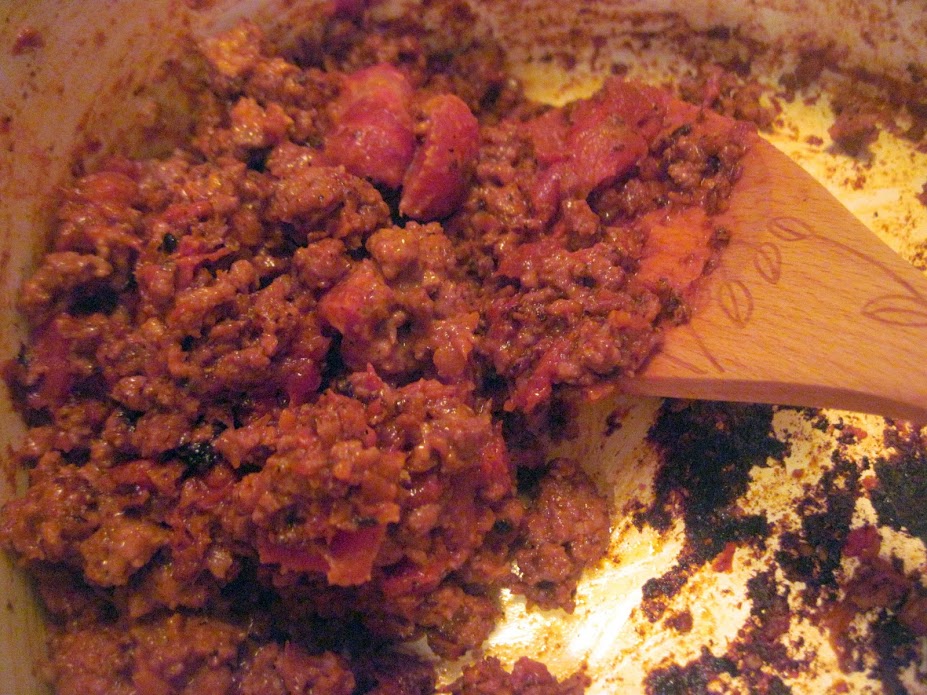 Reduce heat to low and simmer, uncovered, for 45 minutes. Add the cream and mix well.

Note: I added the cream a bit early, and it pretty much just evaporated. I’d advise waiting until the last moment to mix that in.