Imagine potato and leek soup, but with bacon instead of potatoes.

This recipe hails from Food Network Magazine – it was on the cover of March’s issue. 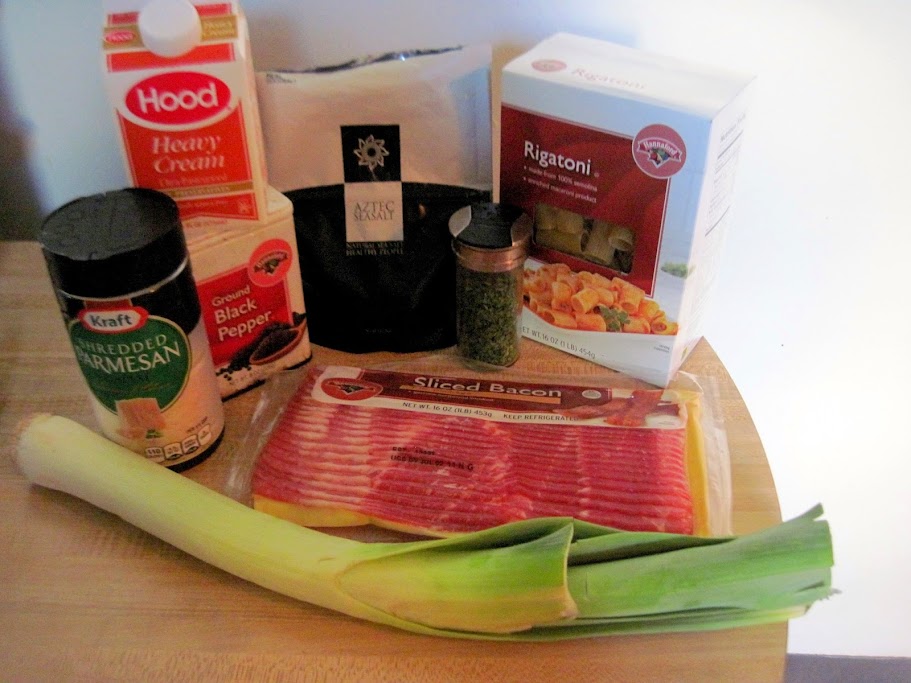 Cook the pasta according to package directions, reserving 1 cup of the water. Set the pasta aside.

While preparing the pasta, cook the bacon. I bake my in the oven at 400 degrees for about 15 minutes or so. As with saving some of the pasta water, reserve as much of the bacon grease as you can.

Crumble or cut the bacon into 1/2 inch pieces.

Transfer the bacon grease to a skillet (or use the same skillet if having pan-fried the bacon). Cook the leaks in the bacon grease; season with salt and pepper. Cook until soft, about 3 minutes. 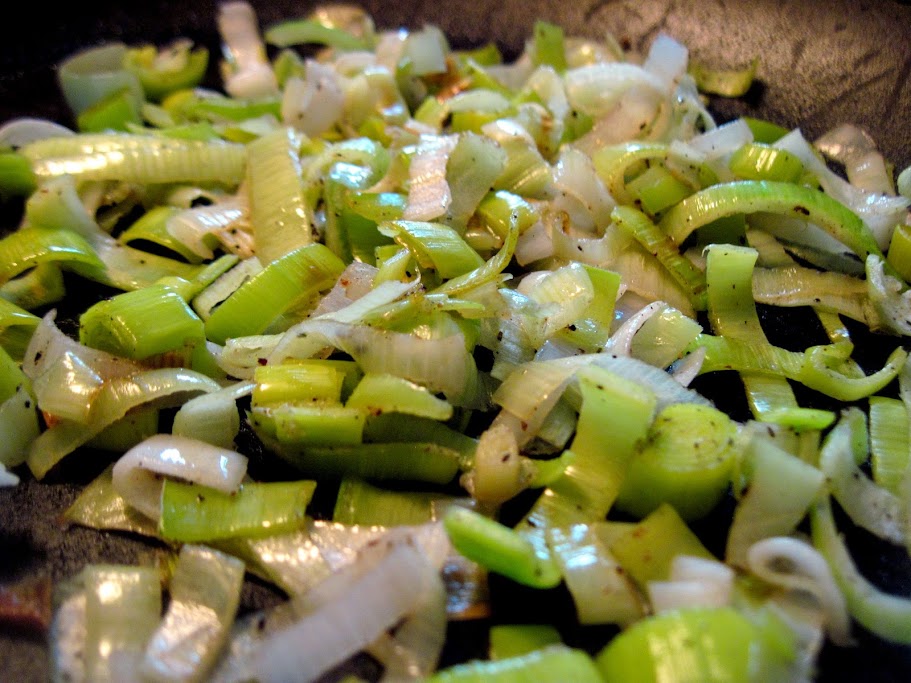 Add the heavy cream, and cook for an additional 2 minutes, or until it begins to thicken.

Add the pasta to the skillet in addition to half of the bacon, Parmesan cheese, and reserved pasta water. Mix well. 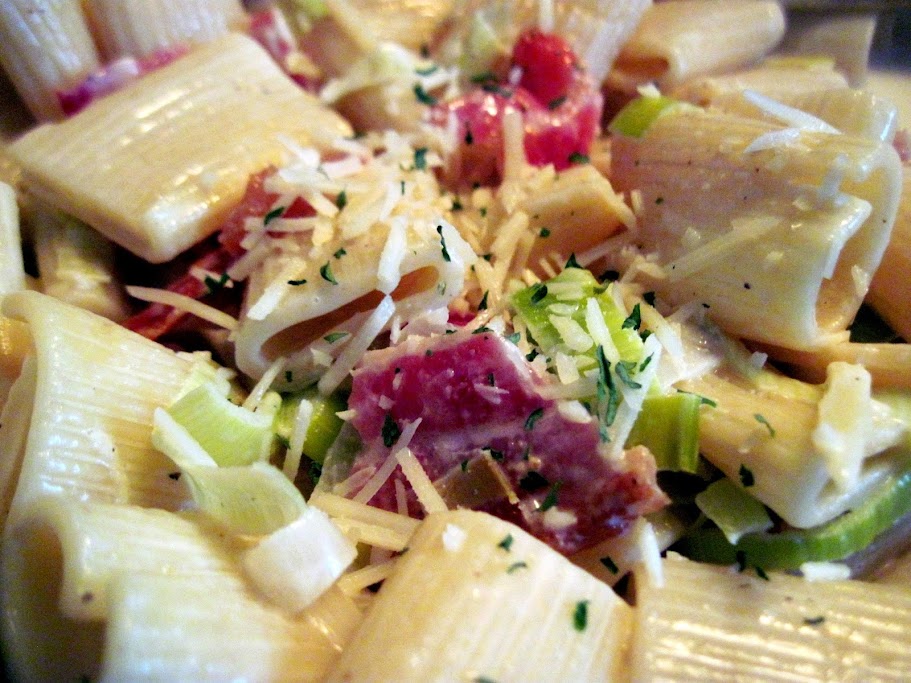 1 thought on “Pasta with leeks and bacon”