This recipe was inspired by a dish in Vegetables Revised.

Although, I would like to make it known that Brussels sprouts can definitely be enjoyed without additions such as bacon fat. I felt like enjoying one of my favorite vegetables with a different twist.

*Or, 2 tbsp olive oil. (I used both a little olive oil and bacon grease.) 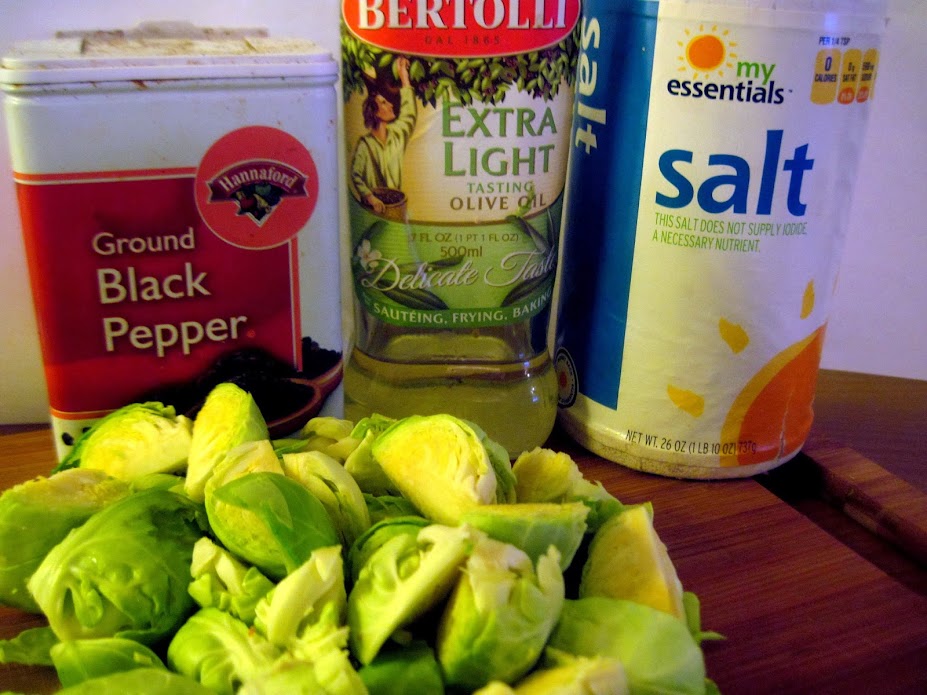 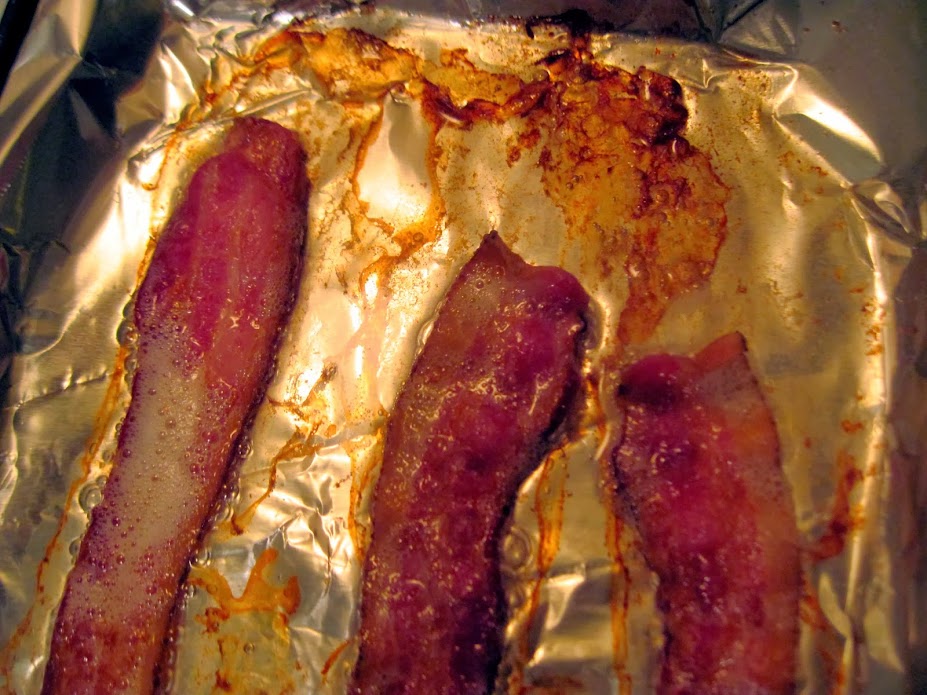 First, preheat the oven to 400 degrees F and cook your bacon strips on a foil covered baking pan.

When bacon is cooked, leave the oven on. Combine bacon grease with Brussels spouts in a large bowl. Toss with salt and pepper, along with bacon grease and/or olive oil. 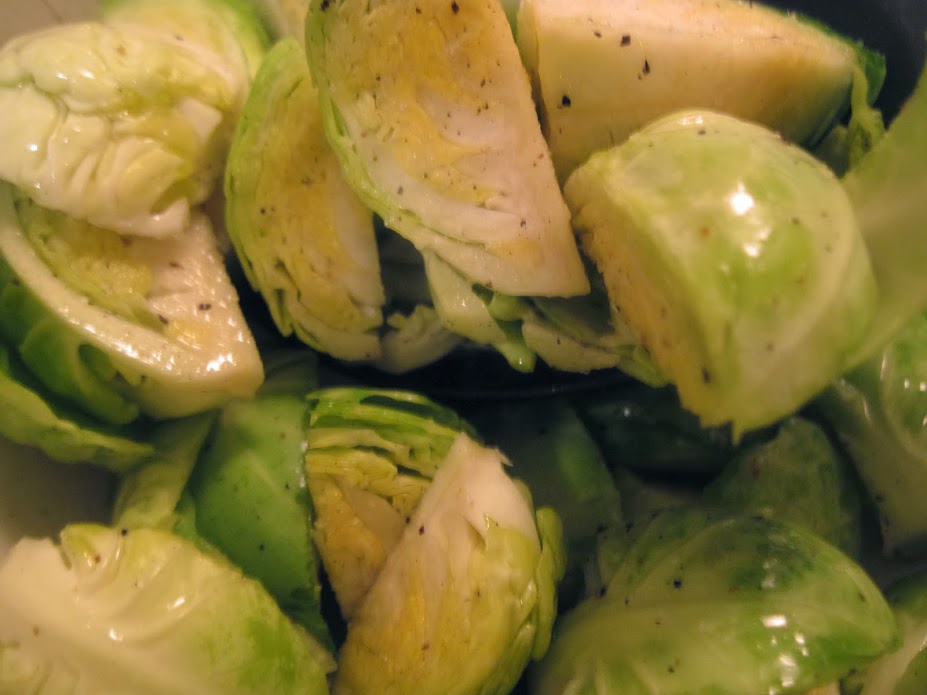 Place Brussels sprouts in a foil-lined baking pan and roast for about 5 minutes. Meanwhile, crumble the bacon strips.

Remove pan from oven. Add the chopped bacon into the pan; toss well. Replace pan in oven, and cook for an additional 5 minutes. 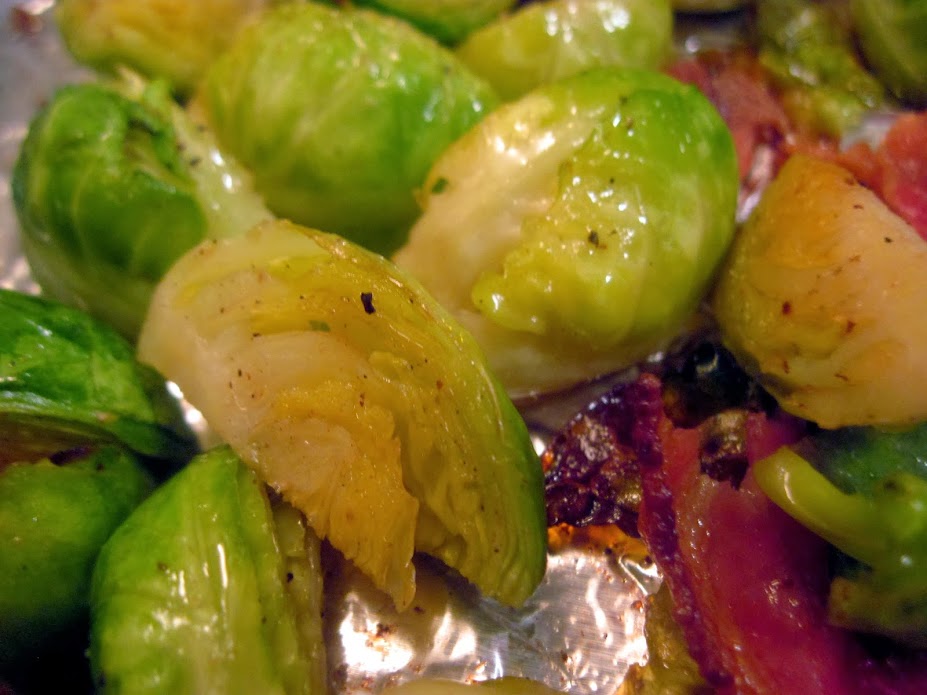 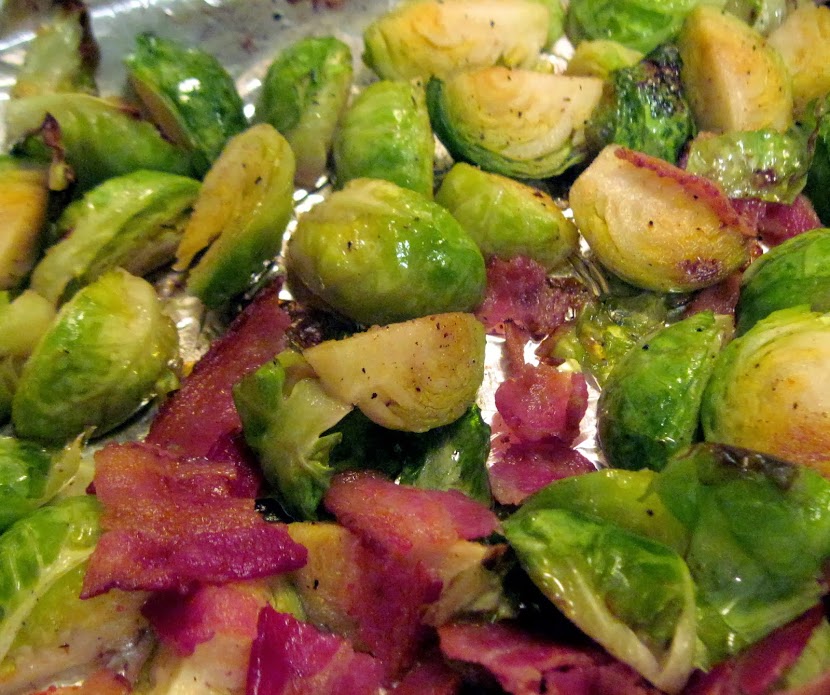 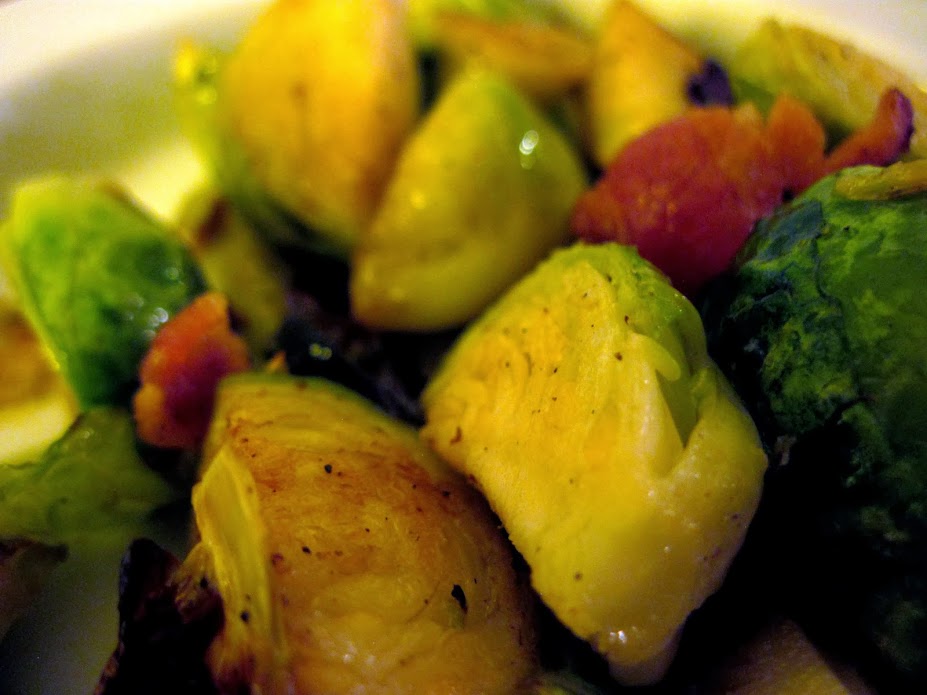