I felt the need to get back to basics with a good old fashioned cookbook. I adapted this recipe from How to Cook Everything, as well as the salad dressing.

I roasted my own peppers for the first time and they turned out great.

*I did not have enough steak. This was sad.

I am going to go into roasting the peppers first, as that takes the longest. If you’re using jarred roasted red peppers, then go ahead and skip this. I took these instructions right from the same cookbook as the salad and dressing.

The cookbook suggests using a red bell pepper, or a color other than green, as they’re supposed to be less flavorful.

Preheat the oven to 450 degrees F, then core the peppers and remove the seeds. 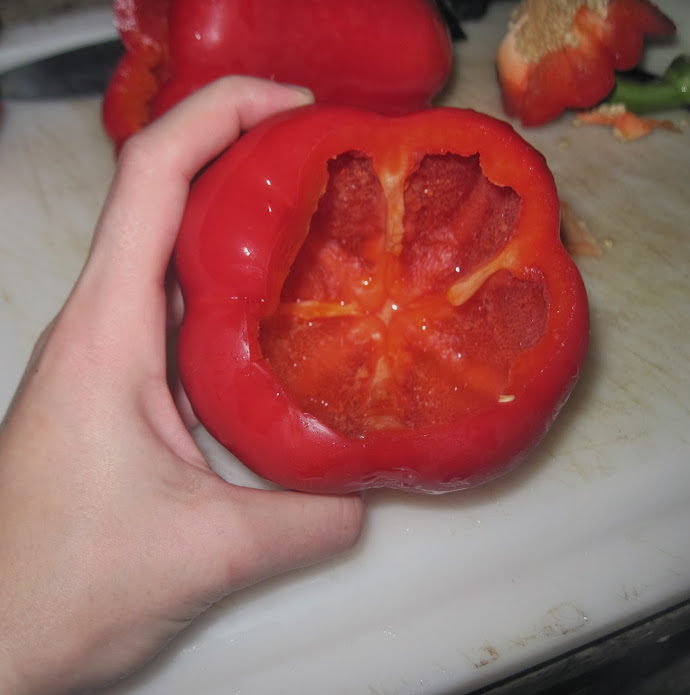 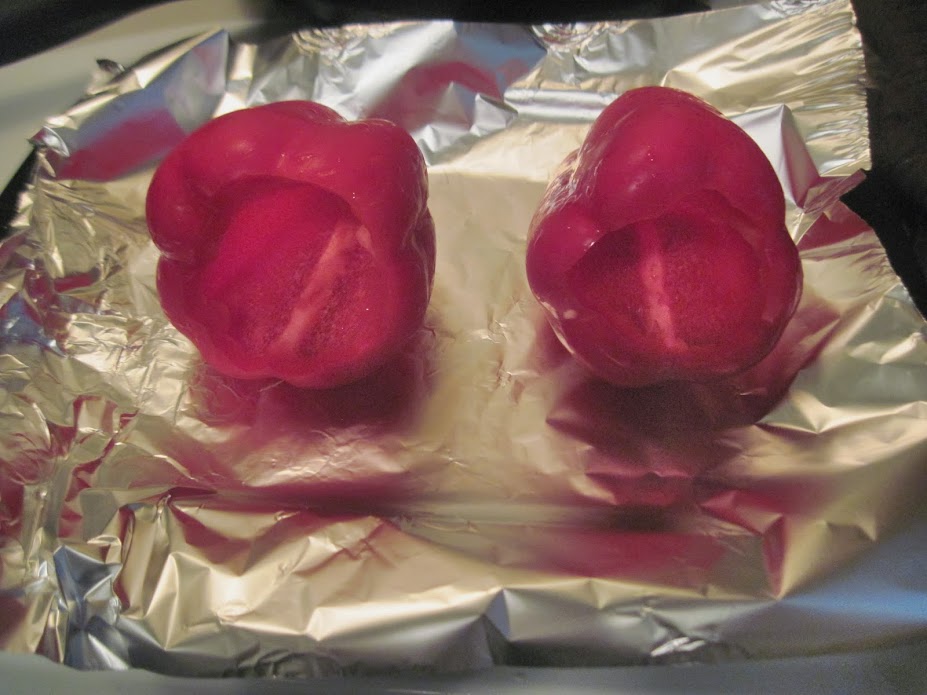 Roast the peppers basically until their sides are black and they’re collapsing on themselves – it could take up to an hour. Every 5 to 10 minutes or so turn them so that all sides roast evenly.

Here are mine about a quarter of the way through the process. 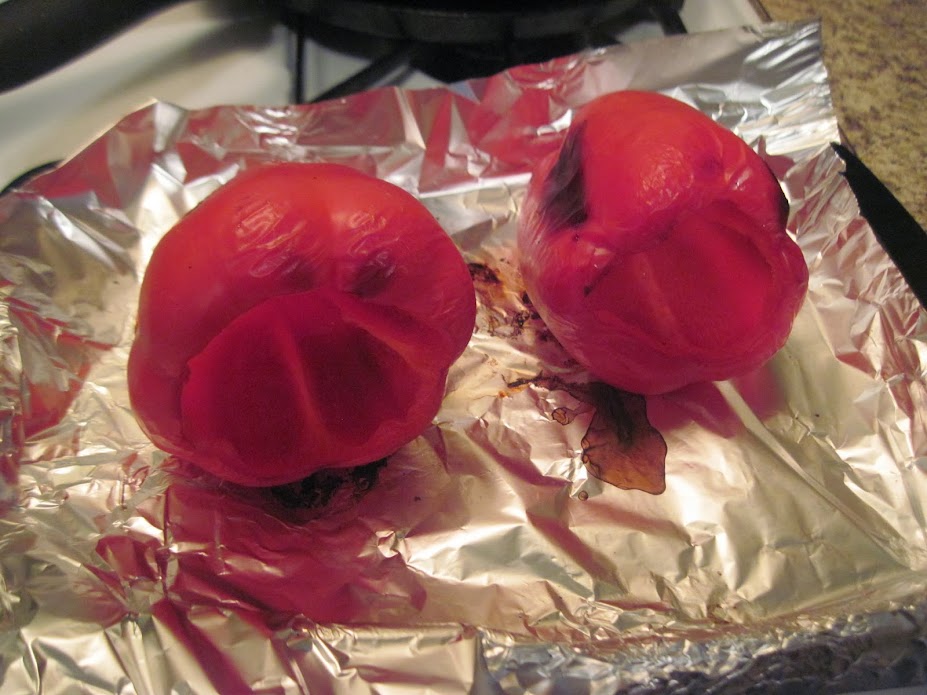 When they’re all roasted and almost flattened, take them out and run them under cool water. The skins should loosen up and you’ll be able to peel them off pretty easily – not unlike tomato skins when canning.

Next, broil or grill your steak, whatever your preference; I broiled. 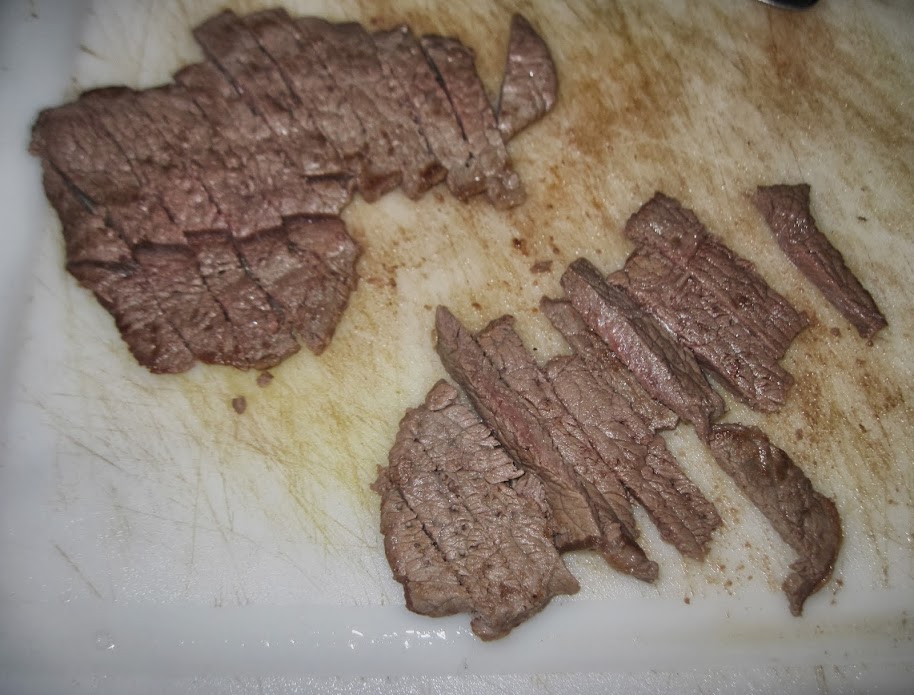 Next, chop up your lettuce.

This was my first time using radicchio – it is rather bitter, and a tiny bit spicy. The original recipe actually calls for radicchio as the only lettuce base, but I had to thrown in Romaine as well and I think they balance each other pretty well. 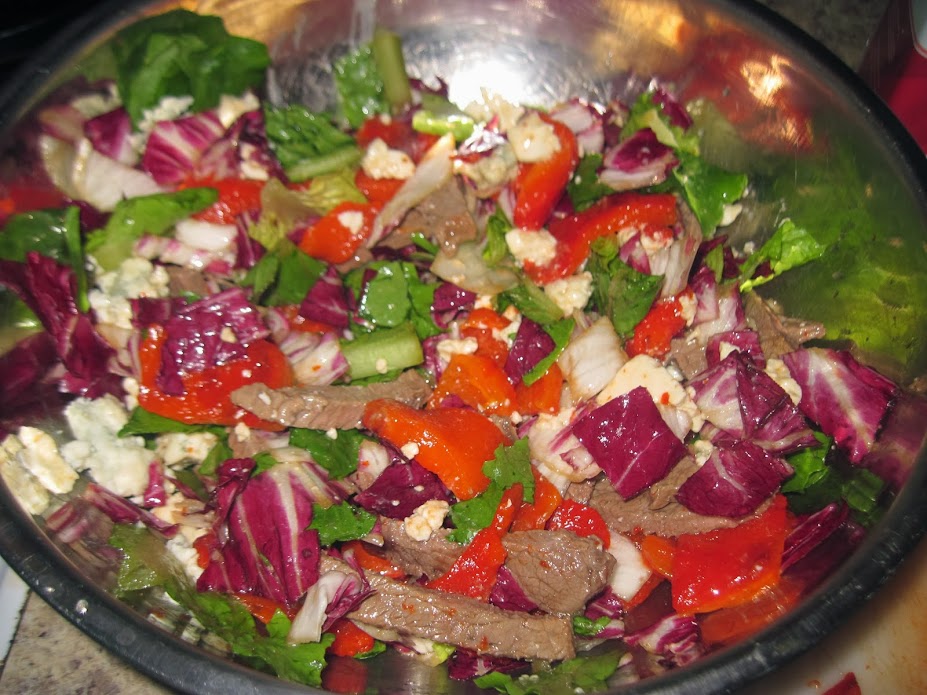