Back in January, I won a gift card from the On the Edge blog for getting the “Anyway. . .” award – this essentially means that I was the commenter most likely to bring off track conversations back on topic. Ha.

I happily received a gift card to Mingle, a fairly new restaurant in Albany that replaced The Wine & Diner (which I had loved). The fiance and I checked it out, went back with my parents, and just went for a third time last night to celebrate our four year anniversary.

The restaurant is more on the expensive side, but boy, is it worth it. They also have separate gluten-free and vegetarian/vegan menus, which isn’t applicable to me but is a nice option.

The servers always seem to have an intimate knowledge about the food being prepared: “The chef has this great chilled Korean soup tonight that her grandmother used to make for her in the summers . . .” “She puts really big chunks of lobster in the lobster mac and cheese . . .”

Oh, did I mention there is lobster mac cheese? Macaroni and cheese. With lobster. It is to die for. I didn’t order it yesterday, but I did the first time I was there. My fiance, however, could not resist:

I tried something new with a pan seared duck with port-craisin sauce, which basically tasted like a cranberry chutney. It came with julienned vegetables and very spicy, very flavorful, Korean mashed potatoes. 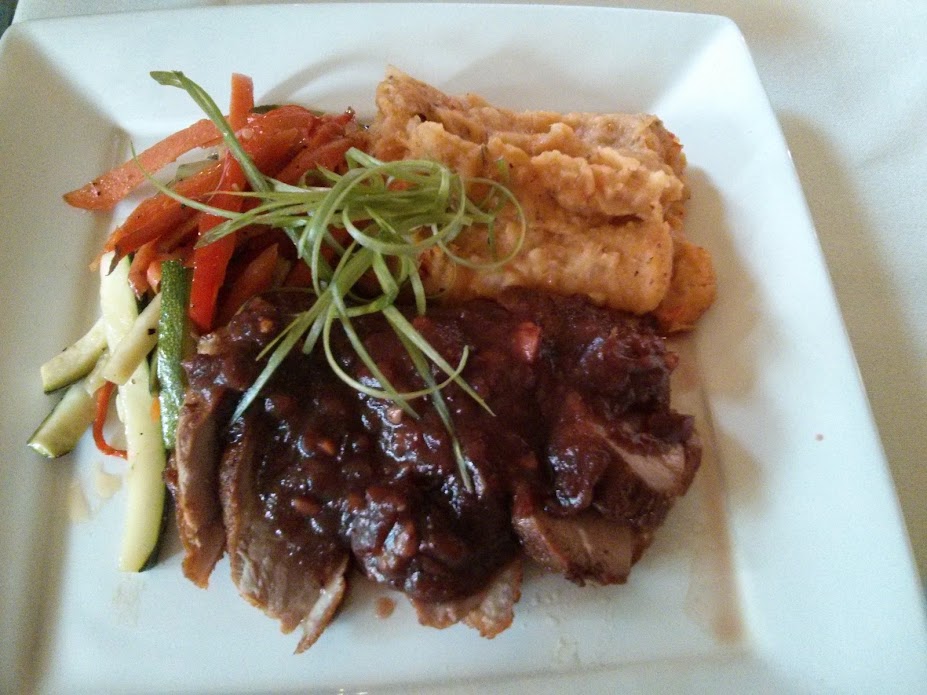 The lobster mac and cheese is undoubtedly a lot of (filling, delicious, amazing) food. However, my duck dish there was absolutely the perfect amount of food. I ate the entire thing and felt very fulfilled.

If you reside in the Albany area, I would highly recommend checking out Mingle for your next special occasion dinner.