I did not go out and barbecue for Memorial Day today, but I did try a new recipe that I found here.  It’s basically chicken, broccoli, and cheese, rolled up in pizza dough.  Perfection.

You will also need parchment paper.

First, preheat the oven to 425 degrees F.  Then, cook the chicken.  I considered seasoning it but decided not to, and I don’t really think it needs it.  I cooked it in about 1 tbsp of oil. 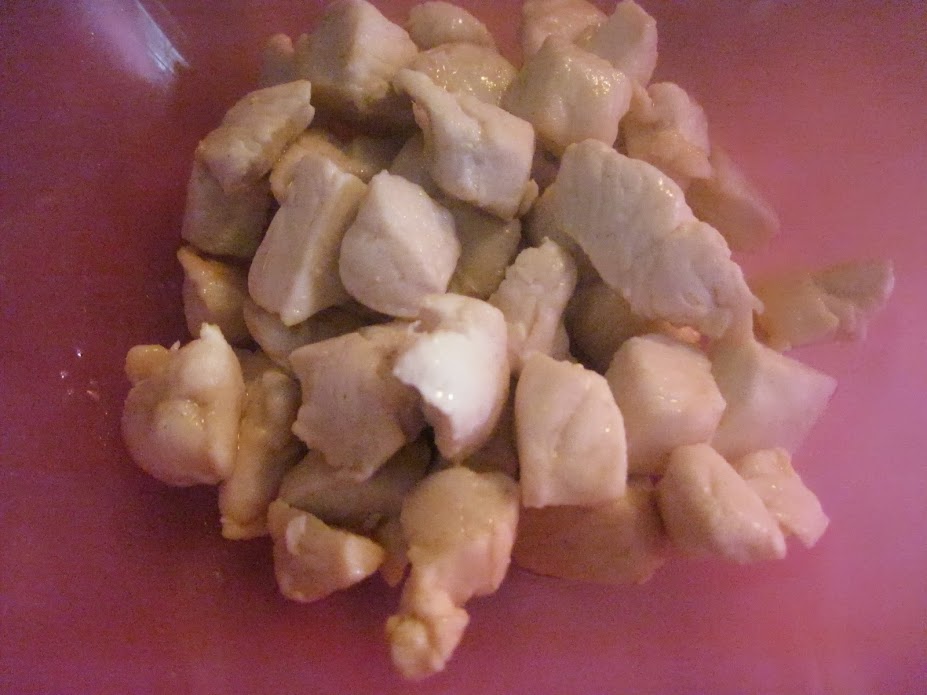 Now, the original recipe states that the broccoli should be “roasted until slightly crunchy.”  I decided to blanch it instead (cooking for 1 to 2 minutes in boiled water, then immediately cool in ice water and dry on paper towels).  I chose to do this at the recommendation of a broccoli salad recipe I was looking at recently.  The author of that recipe explains that blanching the broccoli is the best way to achieve that slightly cooked, but still firm, texture; it also brings out the color nicely. 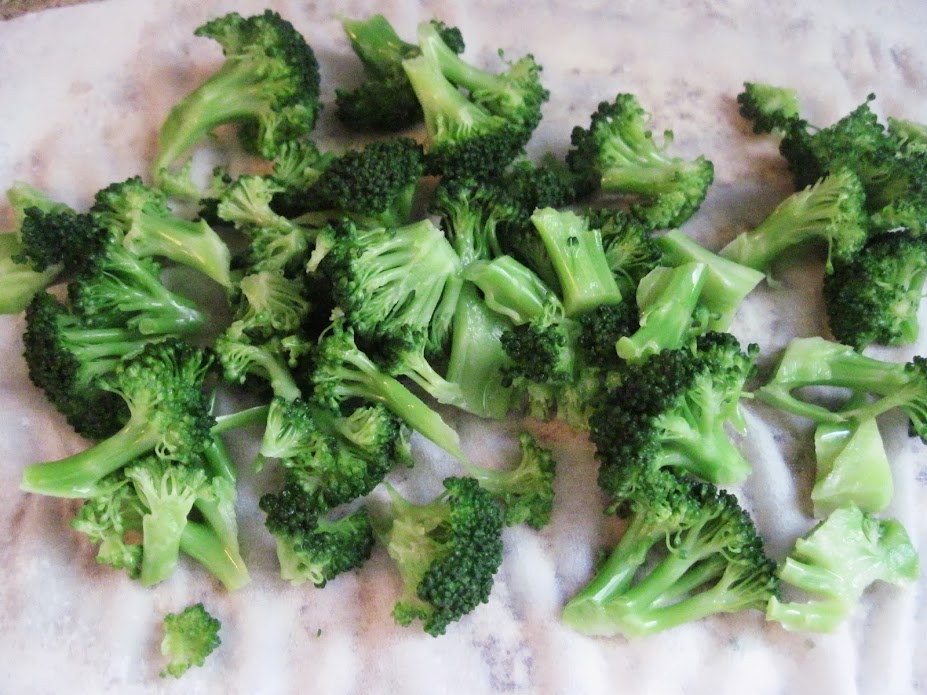 Next, line a baking sheet with parchment paper; I didn’t have any, so I greased aluminum foil instead.  Truth be told, it was a bit burned on the bottom, so I would maybe stick with parchment paper.  Then, spread the pizza crust out and begin adding the ingredients: first the mozzarella cheese, then broccoli, then chicken, then Cheddar cheese.  As per usual, I used Kraft’s triple Cheddar.  Pile up the ingredients in the center. 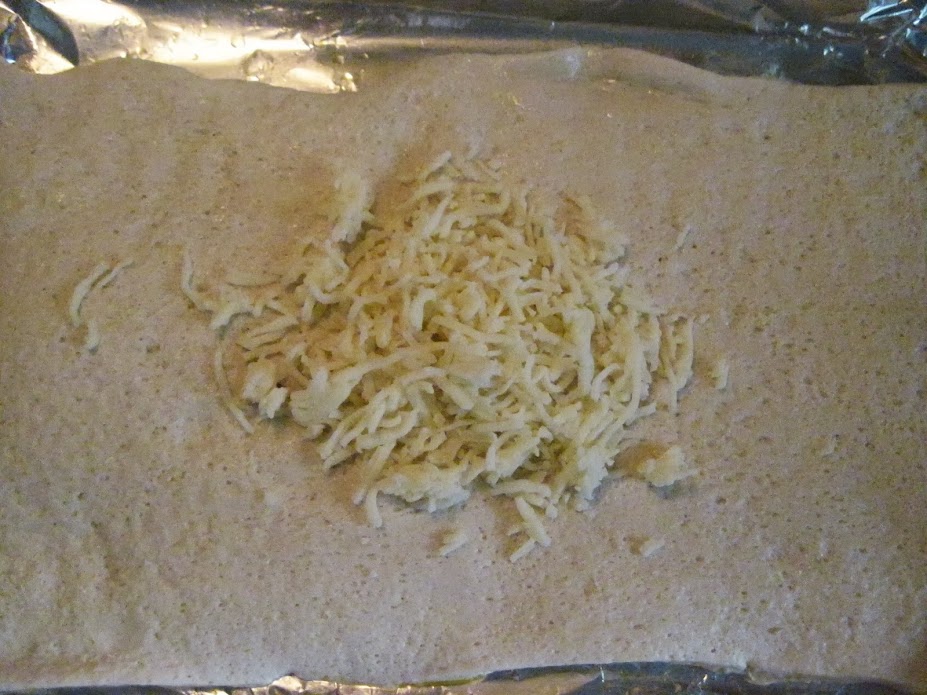 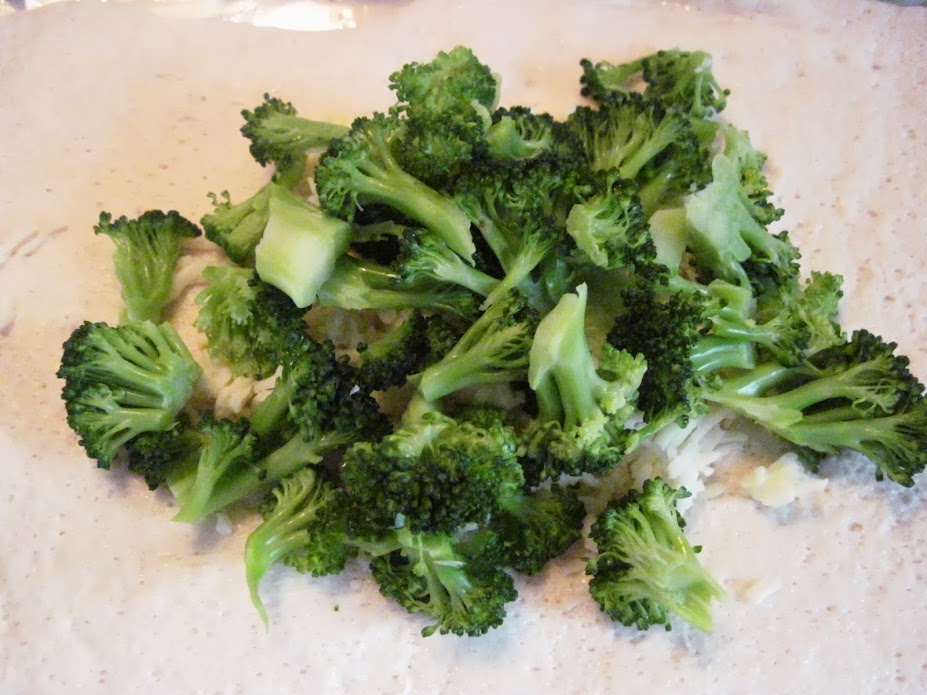 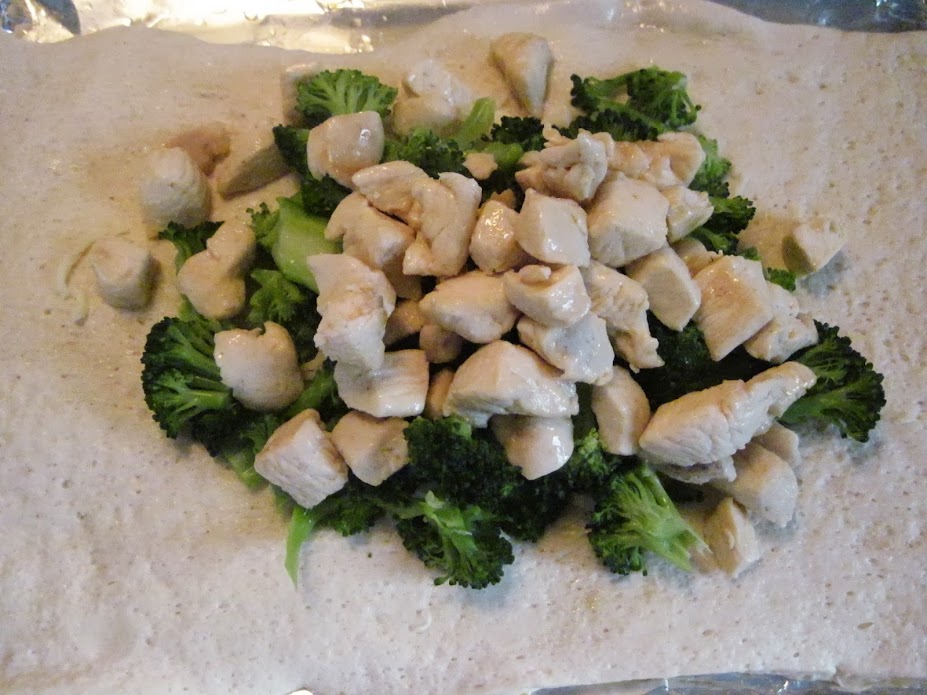 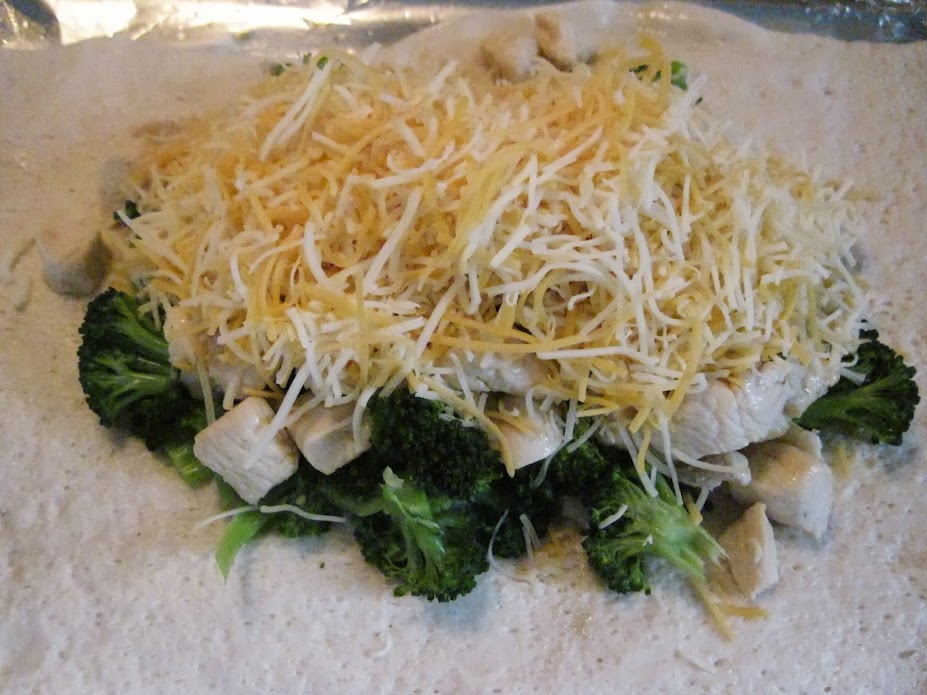 Then, fold up all sides of the dough and seal the chicken and broccoli mixture inside. 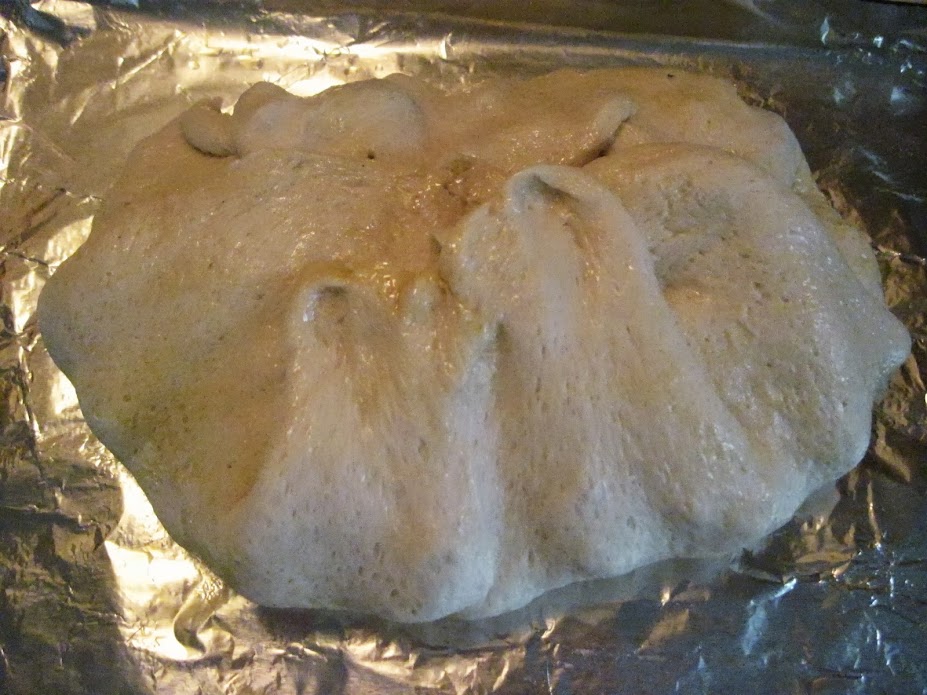 Then, if you dare (I did), flip the whole thing over, for the sole purpose of the fact it’s prettier when the seal is on the bottom. 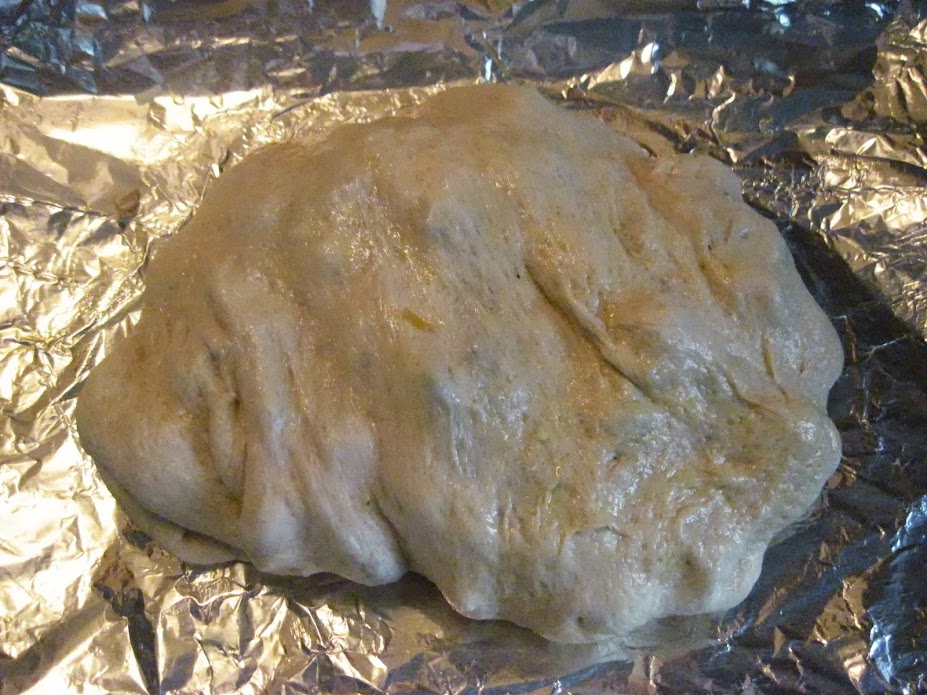 Bake for about 20 minutes, or until crust is golden brown. 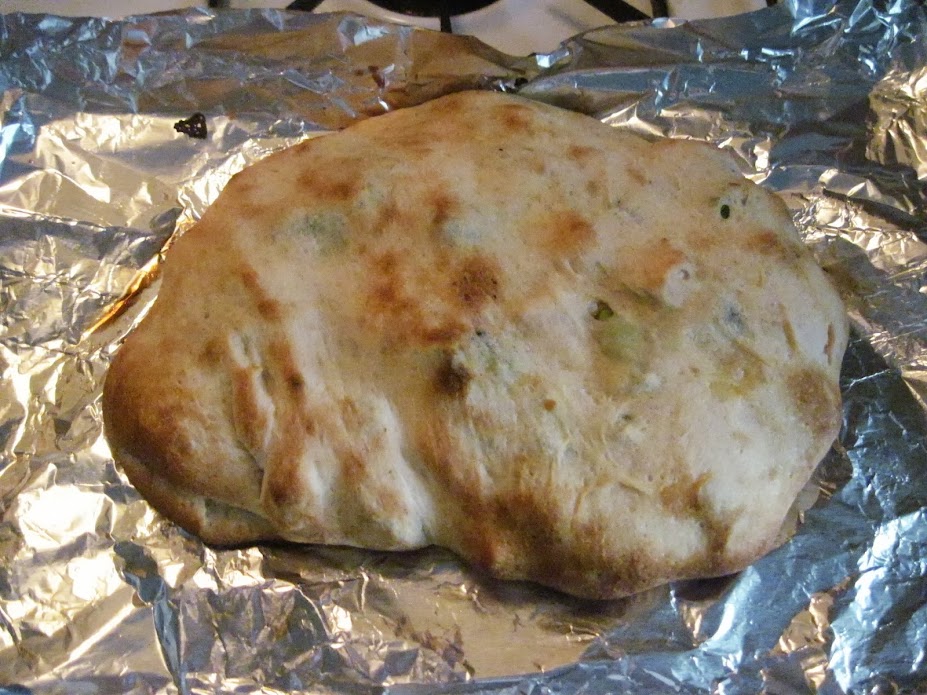 Let cool for a few minutes, then cut as you would bread.  If you’re a neat cooker, it will cut just like bread and look perfect.  If you’re a normal person, like me, it will be a bit messier, but still absolutely excellent. 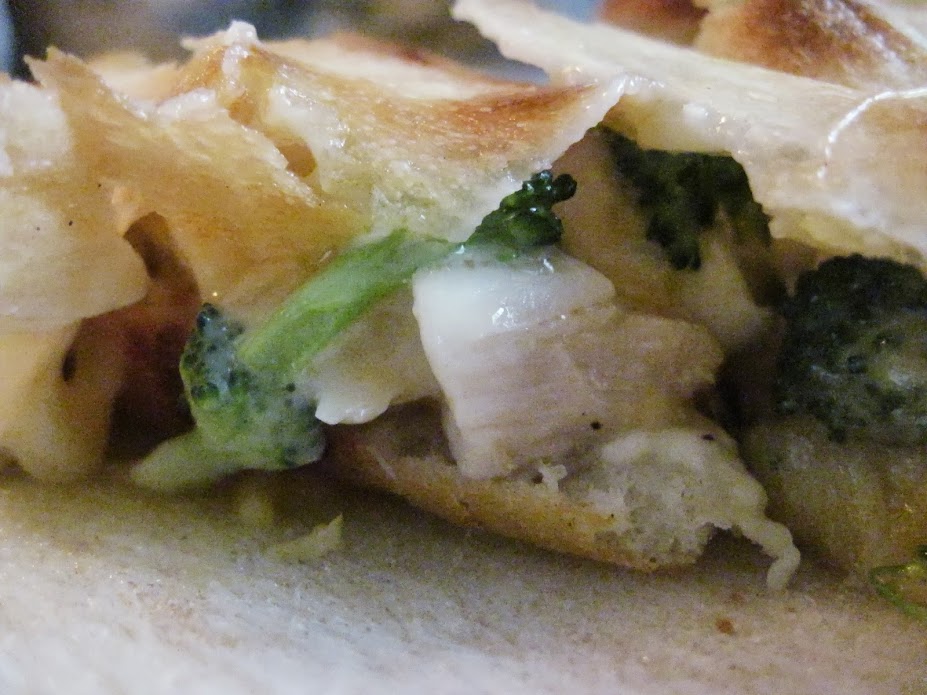 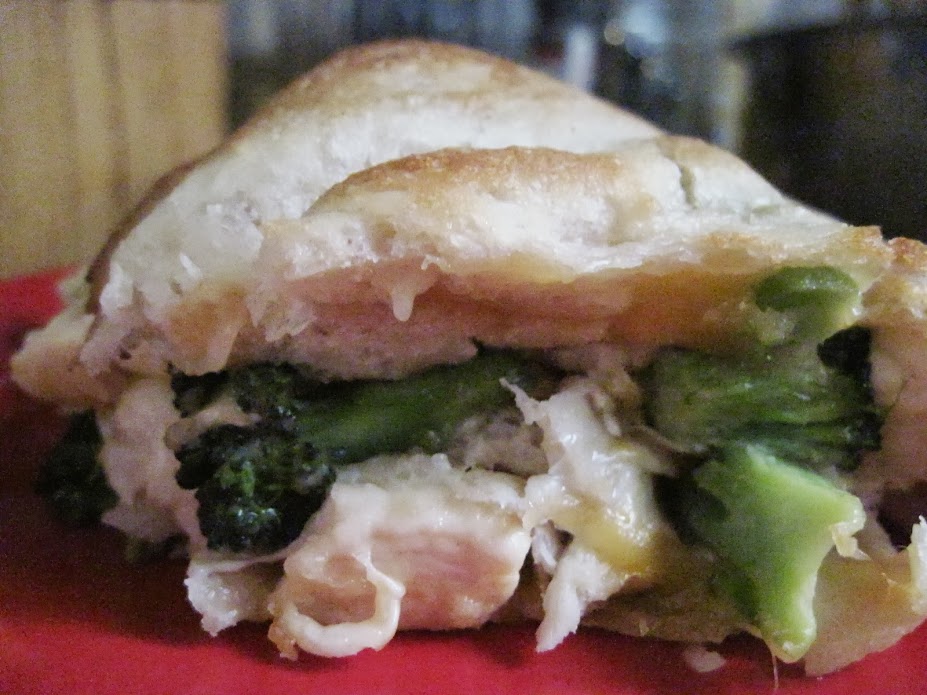