Tonight’s recipe is brought to us by a cool blog called “Momma loves food,” and the original recipes are here and here.

Like muffin tin recipes, crescent roll recipes are also popular on Pinterest right now, and I’ve jumped on this bandwagon as well. This one is a cute take on a French dip.

The au jus sauce takes half an hour to forty-five minutes to make, but it is so worth it. Do consider making the sauce separately from the crescent rolls in the future, to incorporate in other recipes.

Because the sauce takes longer than the rolls, you’ll want to get started on that first.

Chop up the red onion. 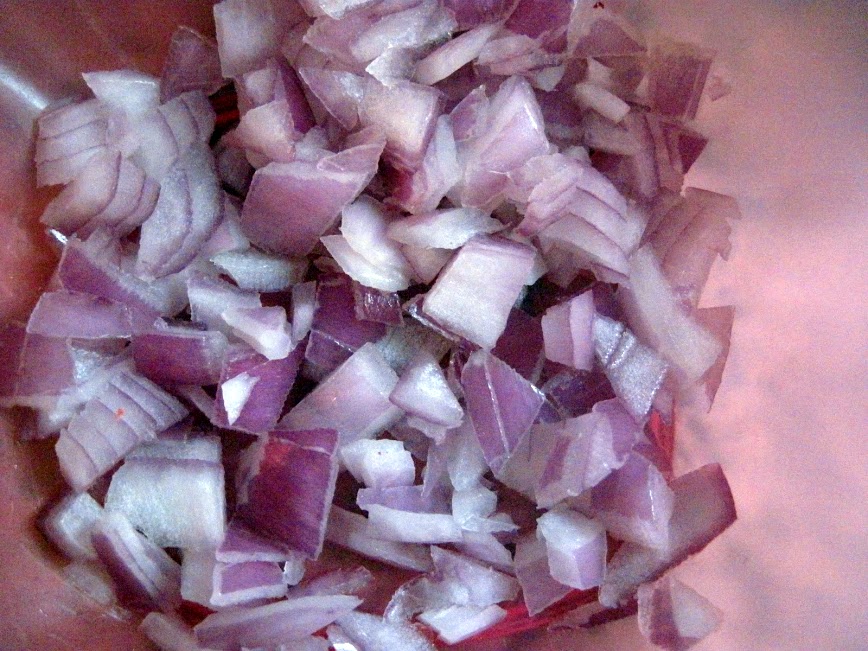 (Side note: I almost always use white onions in recipes, occasionally a yellow onion. But I never use red unless it’s specifically called for. Now, I have the majority of a red onion I probably won’t use, so feel free to comment with suggestions.)

Saute the onion in the oil for a couple of minutes. Add the garlic, and cook for another minute. 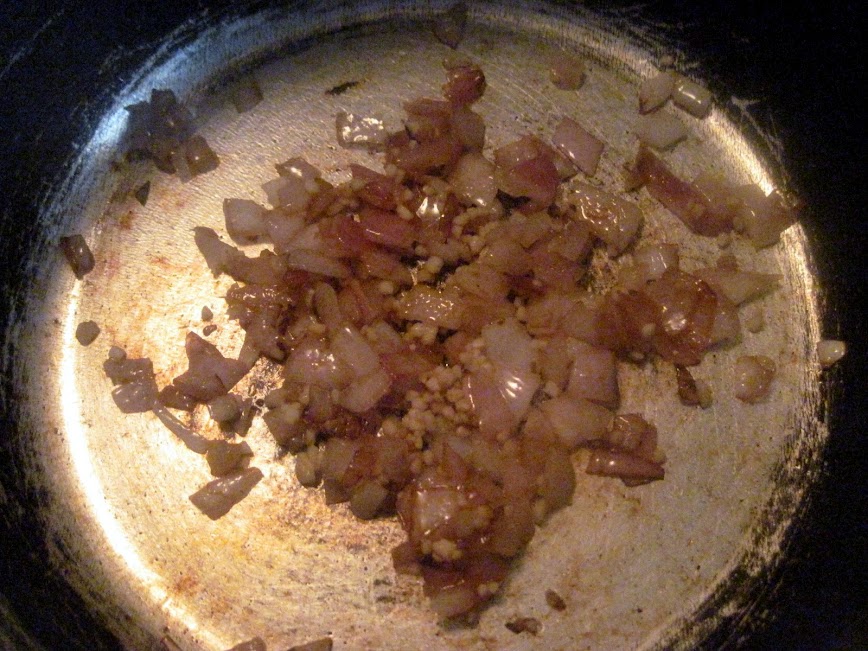 Add in the white wine and Worcestershire sauce and cook for another minute, stirring constantly.

This is the white wine I used because I happened to have it on hand, but I doubt what kind of wine you use is that imperative. 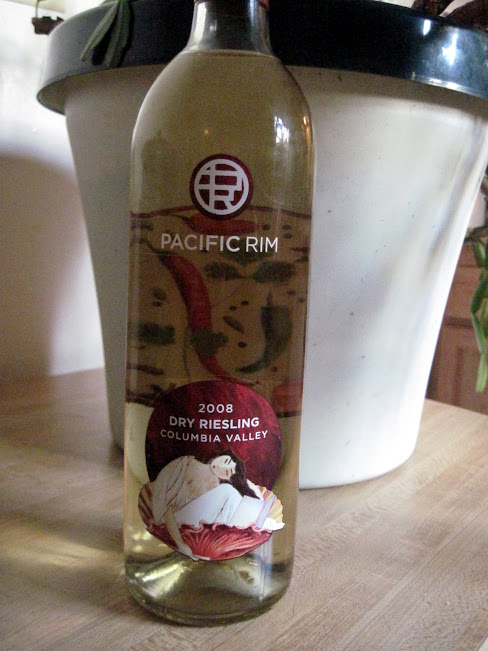 Then, add the beef broth and bring to a boil. 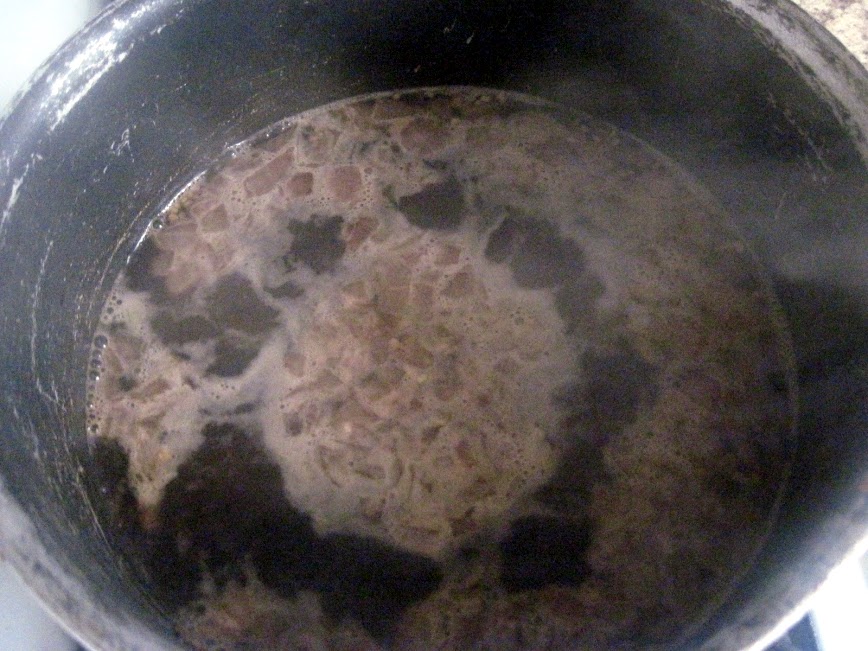 Reduce the heat and simmer for half an hour.

In the meantime, get your crescent rolls started. If you time it right they’ll be ready when the sauce is.

Roll out the crescent rolls and top with a slice of roast beef, and a slice of cheese. Mine were each fairly large, so I folded them in half. 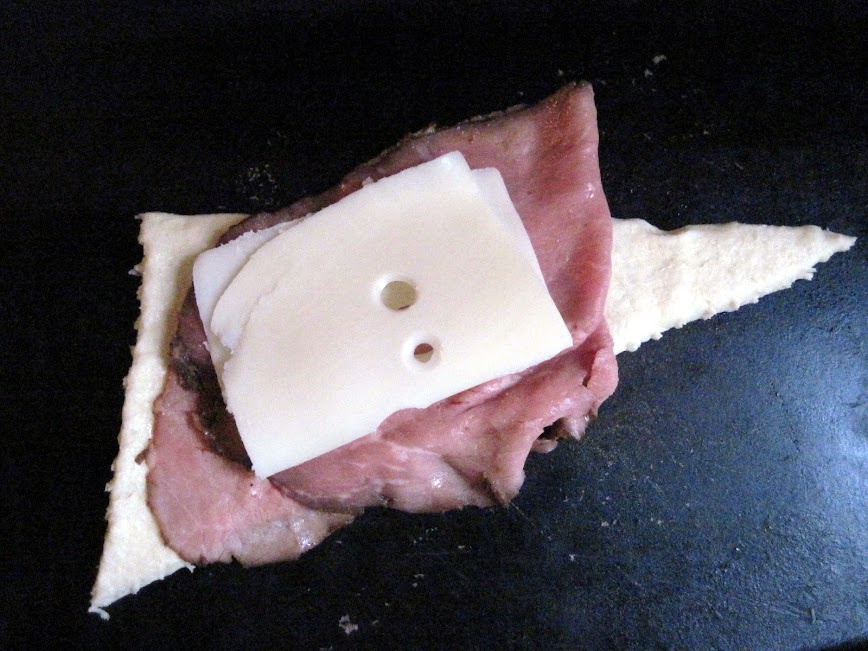 This is where your own preference comes in as far as how much meat and cheese to put on each roll. If you prefer, you can cut each in half. Or, you can use a cubed Swiss, as the original poster of this recipe does.

Roll up the crescent rolls from the wide end to the small end and arrange them on a baking sheet. 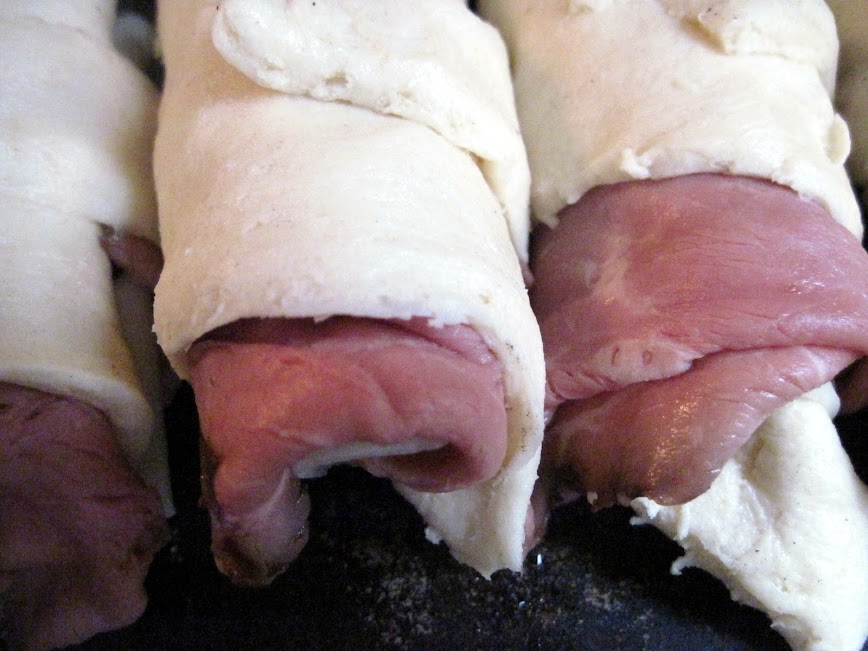 When the half hour is up for the au jus sauce, strain it. 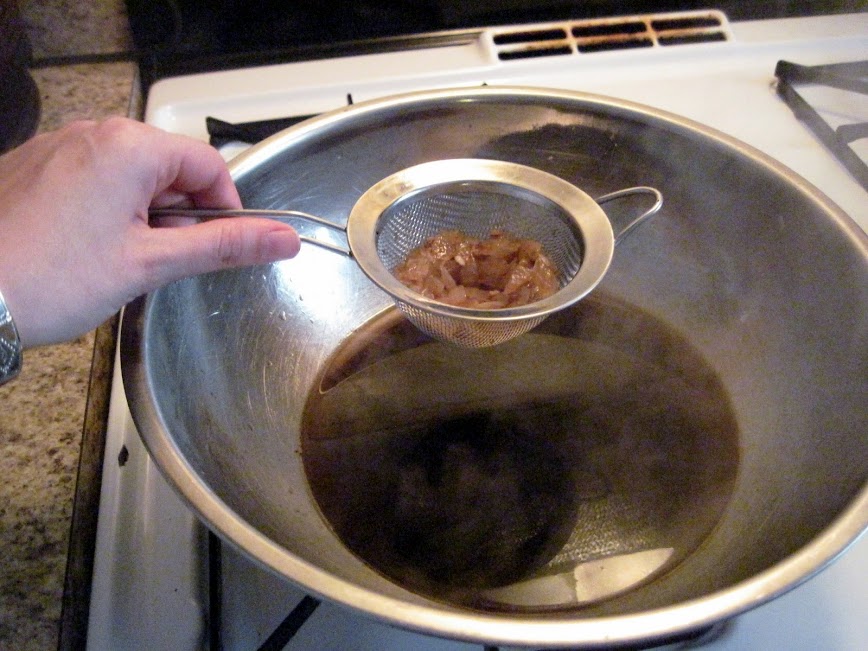 Return to the pot, add the flour if you wish, and cook for another five minutes. 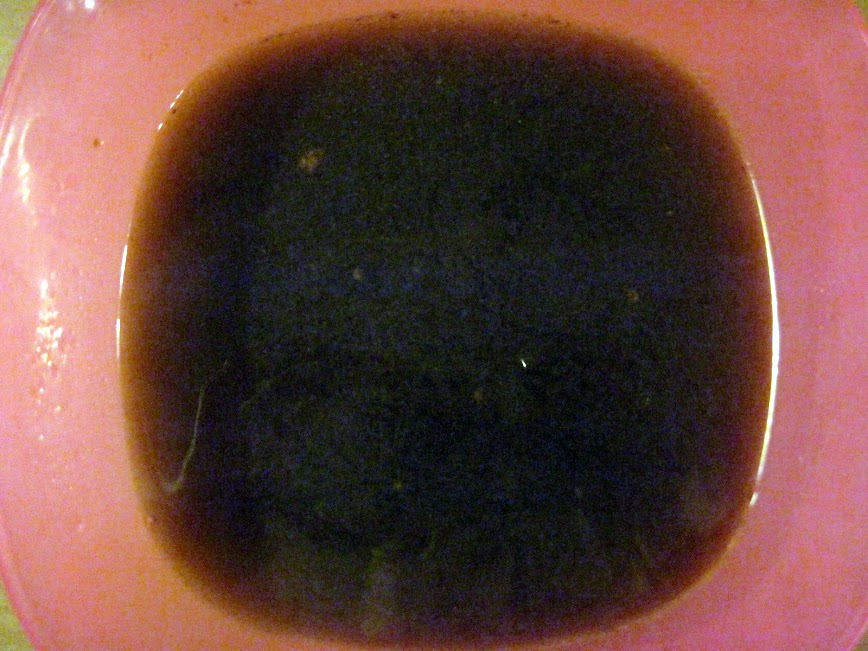 Take the rolls out when they’re browned and ready. 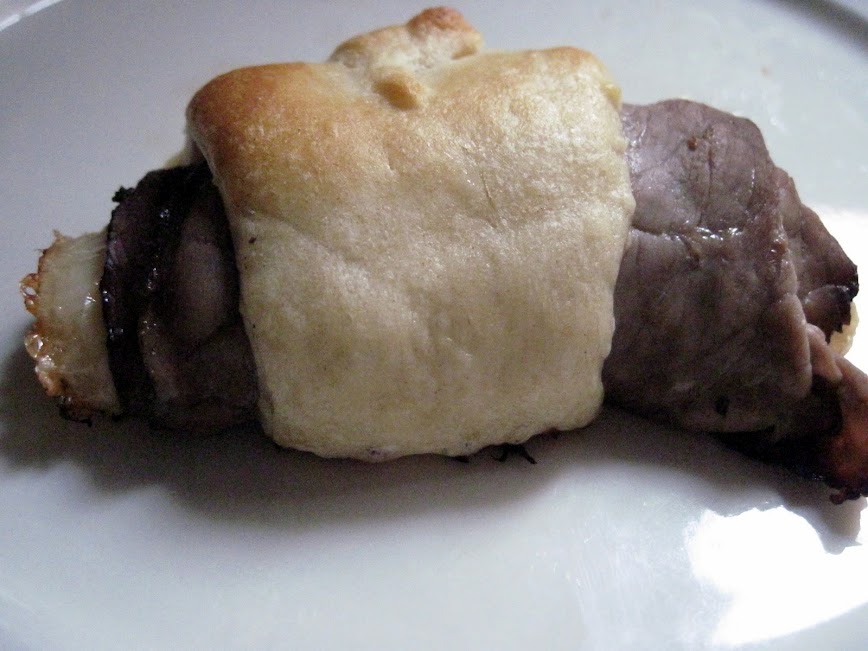 Serve with the au jus sauce.

I don’t know whether to say these are an appetizer, a side dish, or a main dish. I do think they’re too filling to be appetizers, but I don’t know if they can stand alone as a main dish, either.

Whatever you want to classify them under, they are delectable.